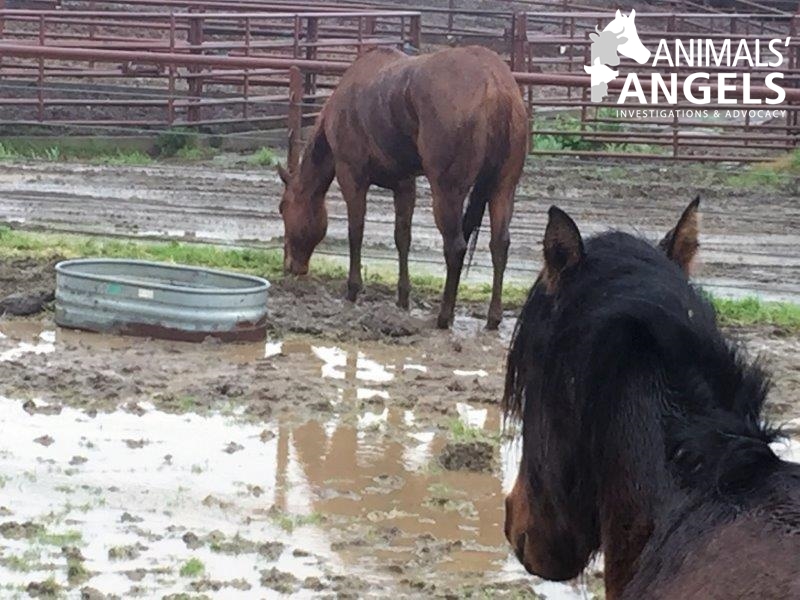 Investigators returned once again to the weekly auction in Escalon, California to assess the conditions and the treatment of the animals at the sale. Due to recent heavy rain, parts of the outside pen area were completely flooded. Investigators noticed there was a group of horses being kept in one of these flooded pens. There was no shelter and no dry resting place whatsoever for these animals, the entire pen was covered in thick mud and standing pools of water.

It was a slow day at the auction, most likely due to the weather, and the bird sale was much smaller than usual. There were a few rabbits, chicken, guinea pigs, and doves and most of them did not have access to water. The rabbits did not have wooden/metal boards to sit on and instead had to remain on the bare wire of the cage which poses a risk of injury to their feet. 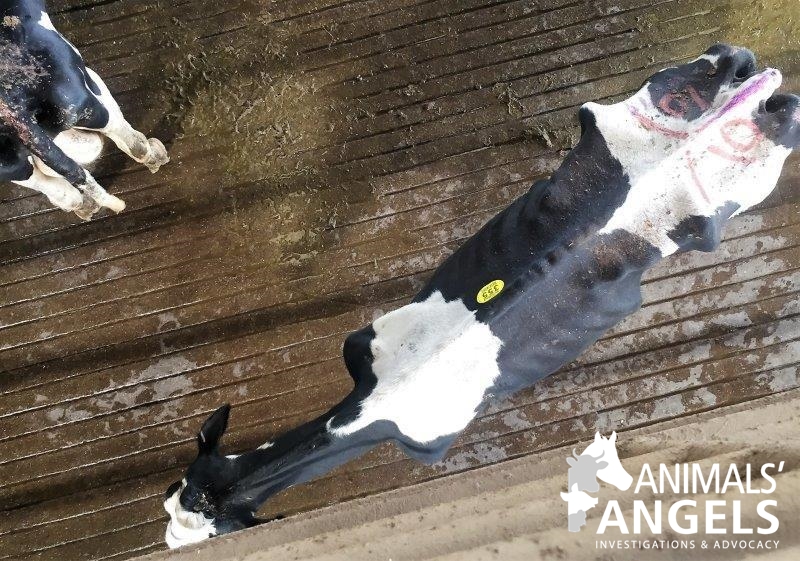 Inside the covered pen area many of the larger pens were occupied with goats. As witnessed at previous sales, horned goats were put in the same pen with goats without horns and they were attacking them vigorously. None of the employees bothered to segregate these animals.

The condition of the “spent” dairy cows was once again absolutely deplorable. Walking skeletons, barely able to move with their frail legs and heavy, full udders. Animals’ Angels has tried numerous times to convince auction management to provide special pens with access to food and water for these distressed animals, but to no avail. As they were moved to the auction ring, one of the cows fell and was unable to rise. Workers hit her with the moving paddle and pulled her tail, but she was still unable to get up. 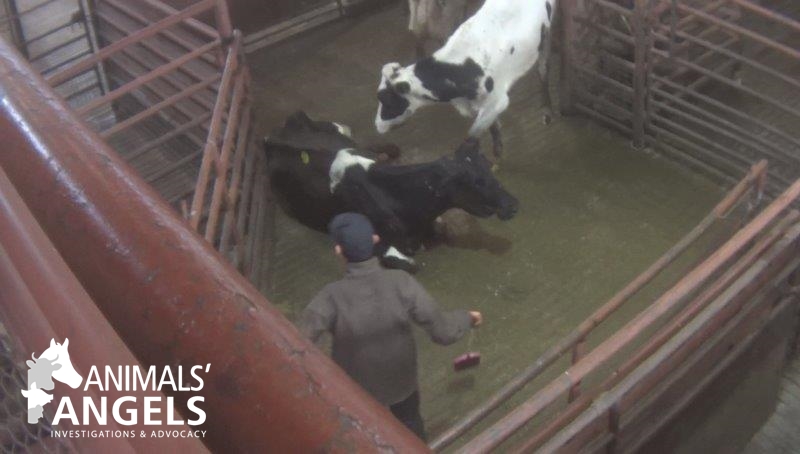 Investigators couldn’t help but notice that the auction employees appeared very nervous about being watched and kept looking at all the bystanders. Workers moved all the other cows around the downer into the auction ring.

When only the downer was left, someone who appeared to be a manager arrived with an electric prod and used it to make the cow rise. However, contrary to observations during previous visits, he never used the prod on sensitive areas such as the face, the udder or the anus – which is a small improvement. 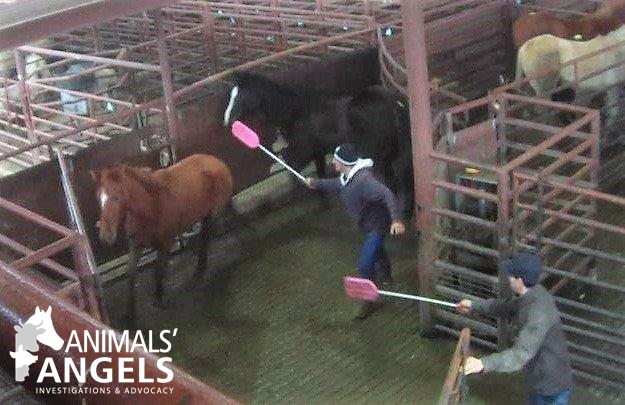 Also in the pen area was a group of seven horses. They were sold last at 3:00 p.m. Auction employees moved the horses to the auction ring with moving paddles and appeared afraid of the animals. One horse came too close to one of the workers and he hit it right in the face with the paddle.

The horses went through the auction ring at a fast pace. All of them went to notorious California horse trader Don Gatz for $150.00 to $350.00. The horse sale was over in ten minutes and Gatz loaded his horses immediately after.

AA will continue to monitor this auction and report all violations to the appropriate enforcement agencies.