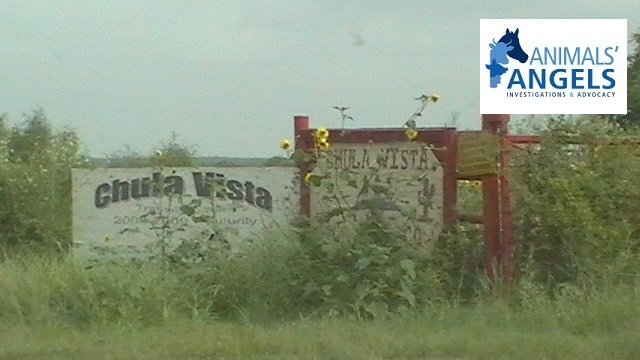 While reviewing recent USDA market reports regarding slaughter horse exports to Mexico, we could not help but notice the footnote USDA employee John Langenegger included referencing a new export pen and that an increase in export of slaughter horses was to be expected as a result. We spoke with John Langenegger who advised cryptically that he “could not reveal his sources” when asked for information pertaining to the “new” facility.

Of course we were not the only ones to notice this announcement. We were contacted by hundreds of our supporters with the same question. Where is the new export pen? 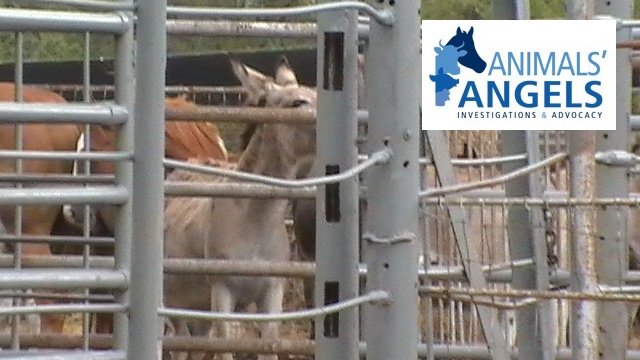 Reaching out to our own sources within the U.S. Government, they indicated to us that the “new” export facility might be the Chula Vista pen in Eagle Pass, TX. For whatever reason the information was being kept tightly under wraps and it was all very secretive – so we wanted to see for ourselves, on behalf of our supporters, firsthand, hence our latest investigation.

Animals’ Angels has investigated the Chula Vista pens on a number of occasions.  These privately owned pens are owned by local kill buyers Raul and Albert Benavides (B & B Livestock) and are used as a “storage facility” for rejects. The rejected horses stay there until they have either recovered or died, or are returned with the original shipper after multiple unsuccessful attempts to export them. The location of these pens is very remote. 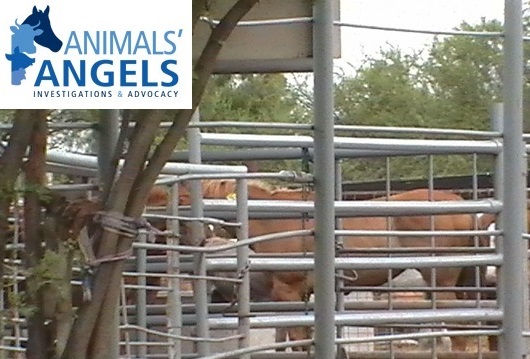 In addition, Animals’ Angels previously uncovered that several kill buyers were delivering horses straight to these pens to avoid paperwork check and inspection at the Texas Department of Agriculture (TDA) pens. B & B Livestock would make arrangements for any injured or dead horses, complete owner/shipper paperwork and ship horses “fit” for export to the Eagle Pass TDA pens, which allowed these kill buyers to operate anonymously and without the risk of getting caught when delivering dead or injured horses.  Given their history of moving horses and their general operations, it would make sense for B & B Livestock to transition to a fully sanctioned export pen.

It should be noted that while USDA/AMS and other government representatives were less than forthcoming, during a private conversation with our undercover investigator, the new Eagle Pass TDA facility manager, Enrique Martinez, had no issue stating he believed the new export pens were indeed at the Chula Vista location. 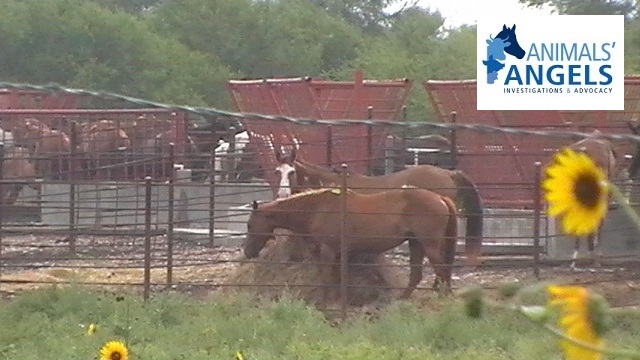 Upon arrival at the Chula Vista pens on 6/23/15, our investigative team was able to document conditions at the site. The location was generally run-down with ramshackle pen areas. Many of the horses and donkeys present were in poor condition.

Also observed at the site were two semis, both with the JEZA logo from the Carnicos de Jerez plant in Mexico.

While at the Chula Vista pens on 6/24/15, our team witnessed several vehicles entering and exiting the pens, including a pick-up truck from the Transportes De Coahuila trucking company, however, there were no livestock haulers observed arriving or leaving. 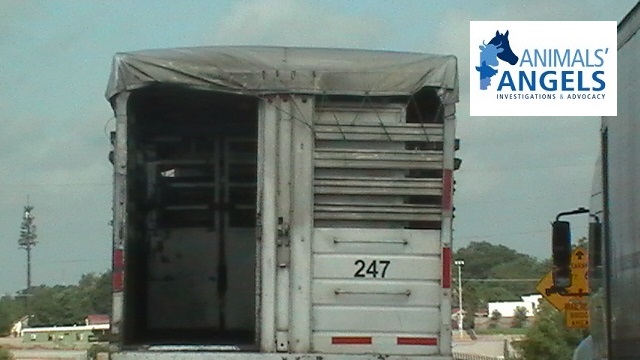 On 6/25/15 at 9:40 a.m., investigators watched a white semi with an empty trailer belonging to the Carnicos de Jerez SA DE CV plant in Mexico (DOT 2188748) entering the border inspection station and crossing into the US. At this time a red Transportes Villareal (DOT 2199707Z) semi and trailer was observed entering the inspection area as well.

As the white Carnicos De Jerez semi left the inspection area, investigators followed.  Our team followed the truck back to the Chula Vista pens where it arrived at 10:07 a.m.  Investigators immediately set up surveillance to observe further activity.

At 10:31 a.m., the red Transportes Villareal semi seen at the International Bridge also entered the Chula Vista pens as investigators documented its arrival.  It too had an empty trailer. 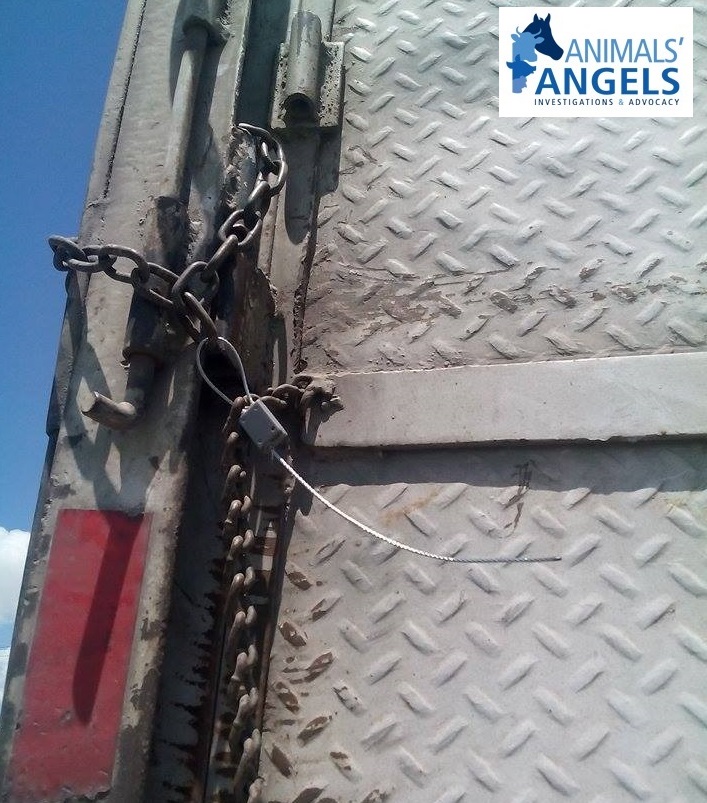 Investigators observed the white Carnicos de Jerez semi leaving the pens filled with donkeys and horses at 1:30 p.m.  Our investigator immediately noted the gray seal of the Mexican authorities located on the rear hatch of the trailer, indicating that the trailer load had been inspected by Senasica and was ready for export. Once the seal is attached, the trailer cannot be opened until it arrives at the Mexican slaughter plant. The truck was followed to the turnaround area at the Eagle Pass TDA pens where it parked, presumably to await for other trucks to catch up so they could fax paperwork and then cross the border together.

It was not a long wait because at 2:08 p.m. the red Transportes Villareal semi arrived and immediately after, at 2:09 p.m., a green semi also belonging to the Carnicos de Jerez plant arrived, all filled with horses and donkeys. 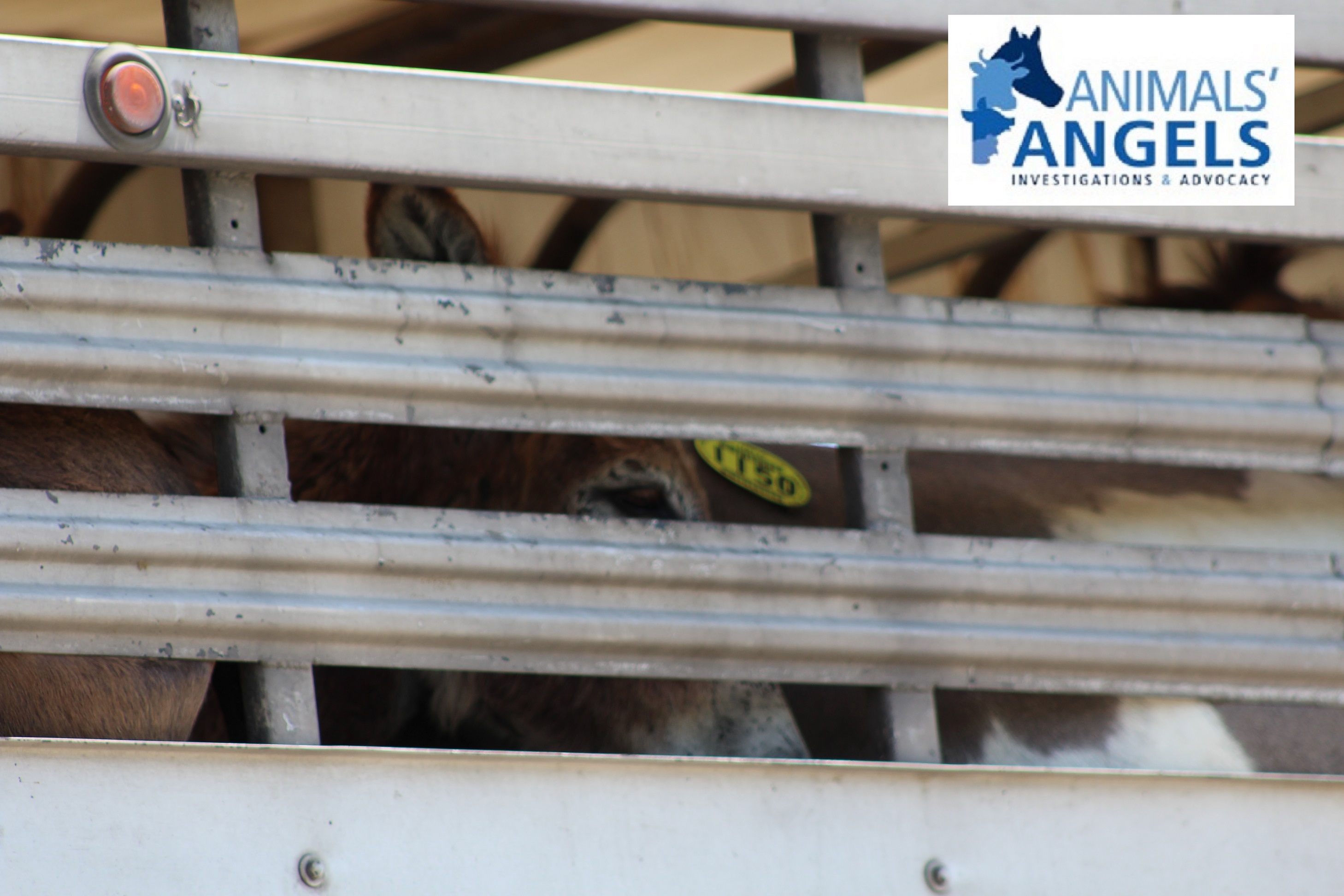 The trucks left the turnaround at 4:14 p.m. and headed to the International Bridge. Our investigators followed the truck until it was observed crossing into Mexico.

Although not a “new” facility by any means, it would appear from our observations that Chula Vista has transitioned from its beginnings as a reject pen and a go-between shipper for kill buyers to a fully functional export pen. AA will keep an eye on the development at this location and as always will try to deliver the most accurate, up to date information to our supporters.