Animals’ Angels investigators returned to the Southwest Livestock Auction in Los Lunas to check the conditions for the horses and cows kept in the vast pen area. The auction also serves as a slaughter horse feedlot for New Mexico’s largest kill buyer Dennis Chavez, who ships approximately 10,000 horses per year to slaughter in Mexico. 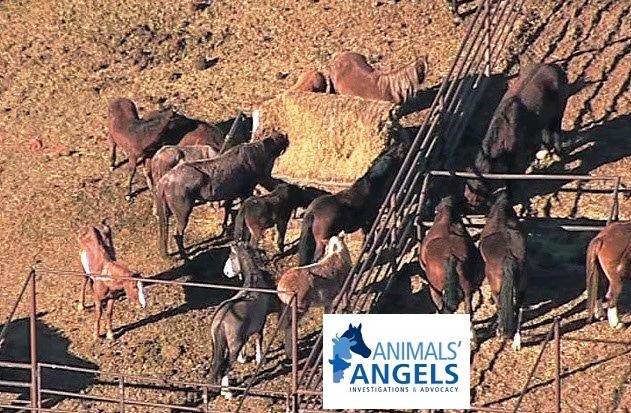 Chavez made national news in 2012, after Animals’ Angels documented four dying horse in horrific condition at his feedlot. The 13th Judicial District Attorney Lemuel Martinez’s office filed 12 counts against Chavez — four counts each of animal cruelty, lack of a bill of sale, and failure to euthanize a non-ambulatory animal. After securing an outrageous plea agreement, Chavez pleaded guilty on November 25, 2013 to not having a bill of sale on the four emaciated horses. He was sentenced to one year unsupervised probation and a payment of $5,000 to one of three horse rescue organizations in New Mexico. 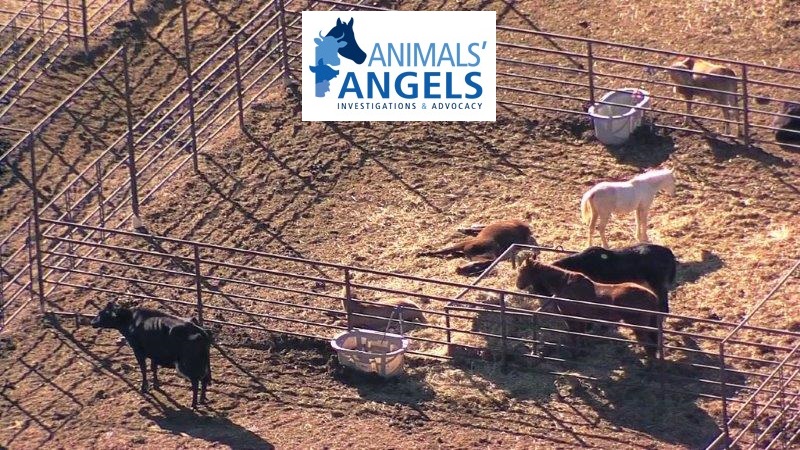 After the extremely disappointing outcome of the trial, Animals’ Angels continued to monitor his feedlot and transport trucks. However, since Chavez had drastically decreased the accessibility of his pen area and was keeping everything on lock-down, it was quite a challenge and required the use of advanced technology. With that, Animals’ Angels was able to document several animals in distress, showing that treatment and care for the animals in his feedlot have not improved.

During one of the visits, several dead horses were found. Some horses were lying flat on their side without any movement during the entire time of the observation. Others were walking skeletons, their spine and rib cage clearly visible. There was still no shelter available for any of the horses. One of the pens was extremely overcrowded, apparently holding a group of horses ready to be shipped to slaughter, since they all had the green USDA slaughter tag already attached to their hips. 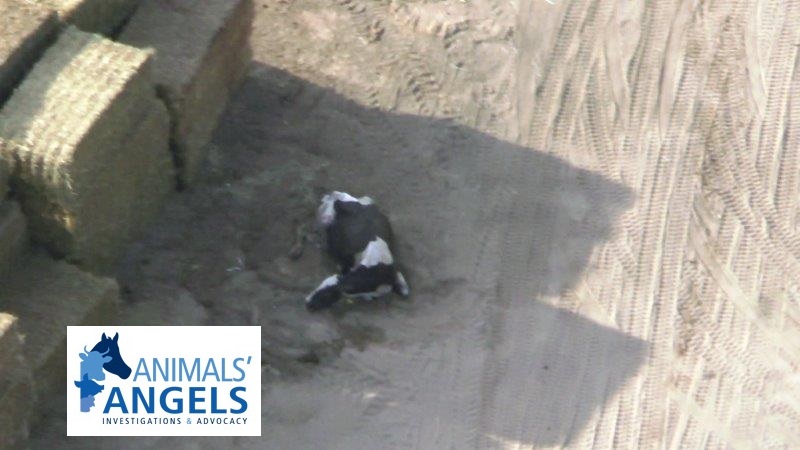 On 8/21/15, investigators observed several severely emaciated horses. They also noted that a Holstein cow, unable to rise, had been dumped next to the hay storage area. It was obvious that she was non-ambulatory since she had been left outside the pen area and heavy equipment, as well as dump trucks, were all moving around in the same area without soliciting any movement from her.

After documenting her condition, investigators proceeded to call the New Mexico Livestock Board to report the incident. Livestock Inspector Jose Ortero promised to check on her, but hung up the phone before investigators could give him any more details regarding the location of the distressed animals. Animals’ Angels formally requested all the information about the case and what action had been taken. Two weeks later, we finally received the disappointing response that the cow was gone when the inspector arrived and that no further action was taken. 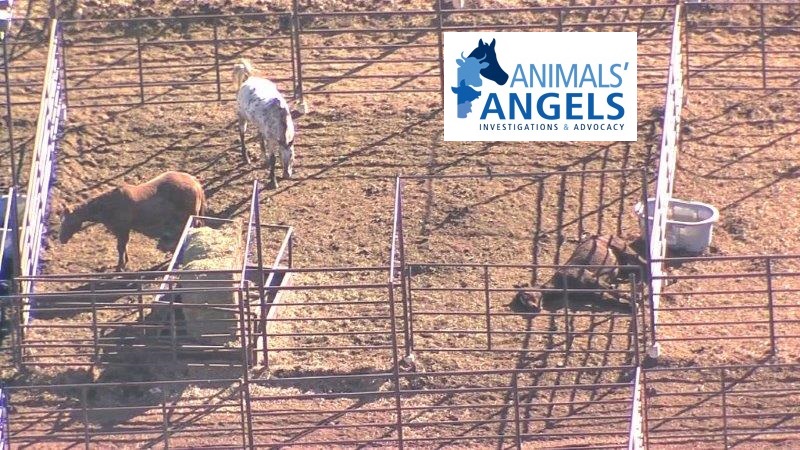 However, according to the incident report, Chavez admitted that a cow had been down and had been left at the hay storage for pick up by a disposal company. Why wasn’t the cow euthanized immediately instead of having to suffer for an extended period of time? Why didn’t the NMLB inspector at least reprimand Chavez for not taking immediate action? Instead he made it a point to praise the Chavez feedlot in his report for “always having good feed and water of the animals.”

Unfortunately, it seems that neither Chavez nor the attitude of the NMLB have improved in any way. AA will continue to monitor the situation.