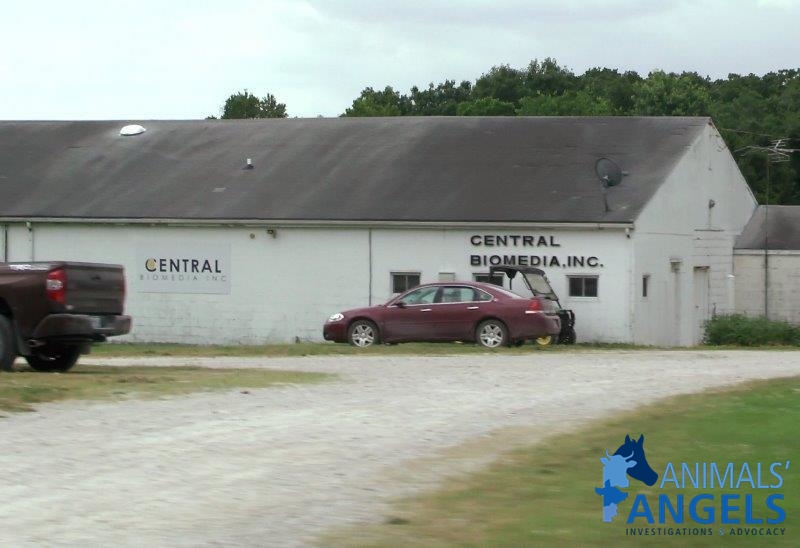 Animals’ Angels investigators returned to Central Biomedia, Inc., a company that maintains one of the largest “donor” horse serum herd in the United States. The horses, which appear to be all gelding drafts, are kept on a dry lot and fed a controlled diet to keep their weight at 1700 lbs. or greater.

The blood, which is collected once a week, according to the company’s website, is always drawn from the jugular vein, using a large-bore needle (14 gauge or larger bore).

To watch video footage from our investigation, please go HERE. 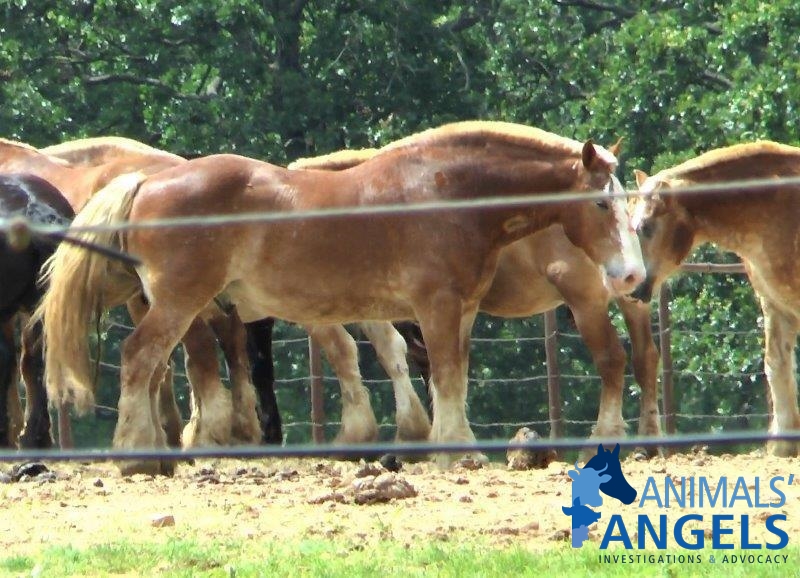 There are several concerns:

The horses are generally kept at a body condition score between 7-8, although emaciated horses have been observed.  While emaciated horses have obvious health concerns, overweight animals are no less at risk for serious health problems. The potential consequences of over feeding horses, particularly overfeeding grain, include multiple health issues. For example, Laminitis, an extremely painful hoof disease, can arise from obesity in horses.

Additionally, if too much blood is drawn too quickly or too frequently without a rest period for recovery, animals may develop hypovolemic shock (a life-threatening drop in blood pressure). In the longer term, the removal of too much blood causes anemia, muscle weakness, increased susceptibility to cold and reduced exercise tolerance. 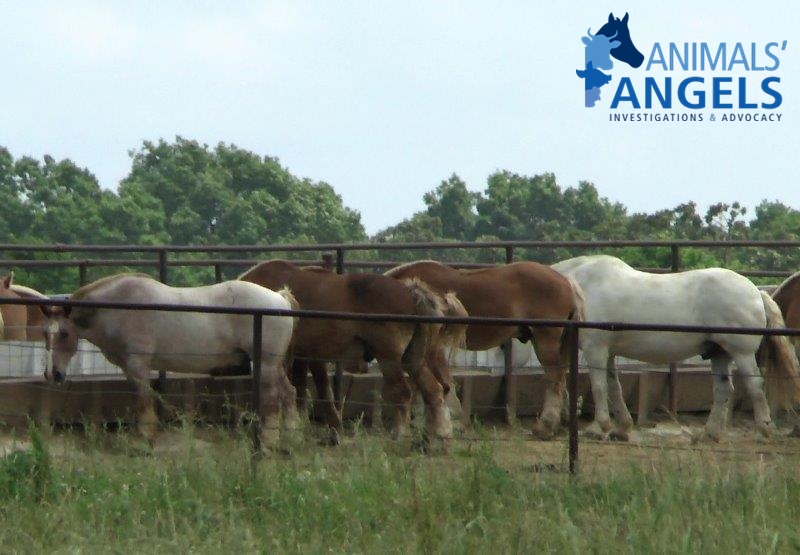 Sadly, there are no regulations or laws in place to legally restrict how much blood can be taken from a horse each month – leaving it completely up to the company to decide. Of additional concern is the fact that the animals kept in such blood farms, exist in a “legal vacuum” or “grey zone.”

The Animal Welfare Act, which sets forth minimum standards of care for certain animals (those bred for commercial sale, used in research, transported commercially, or exhibited to the public) does not directly apply to horses kept for the extraction of blood to be used by pharmaceutical companies. As a result, there are no required annual inspections and the chances of detecting a suffering animal are slim. 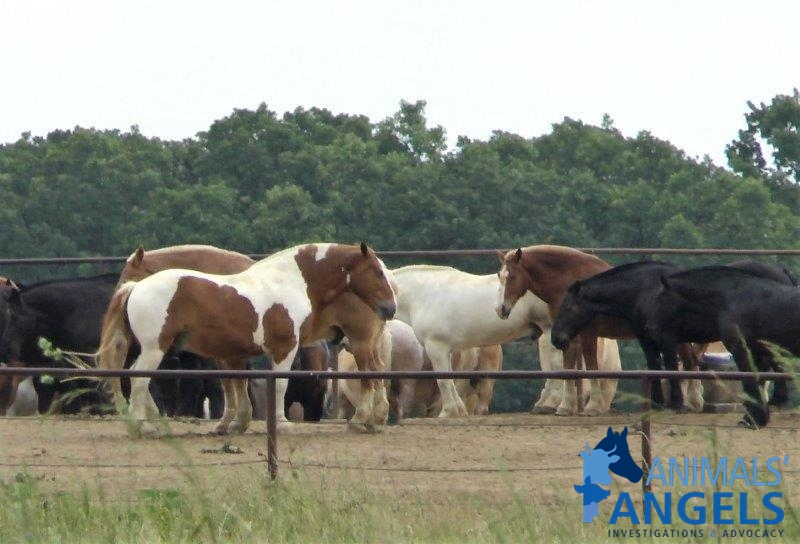 When investigators arrived on site for this current investigation, they immediately saw hundreds of horses lined up along full feed troughs. All of them had a very high body weight, with a BCS between 7-8. As observed during a previous visit, our investigators saw that many of the horses had large red numbers painted across their faces, which is probably an identifier for the blood extraction. Many of the animals appeared lethargic - there was no playing or interaction among the horses; in fact, no activity at all was observed. Most of them just stood there, completely still, with only their tails moving to fight off the countless flies. 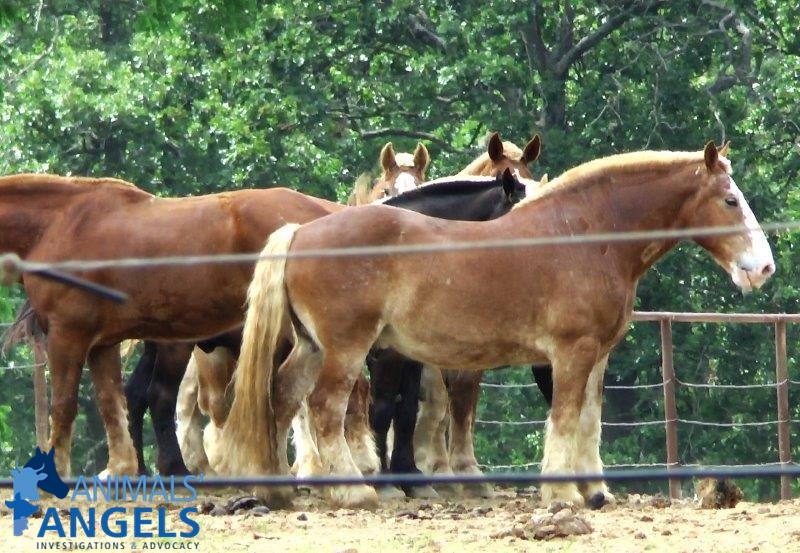 Investigators noted that the area around the jugular vein on the neck of each animal had been shaved, most likely to make the access to the vein easier. The spot where the syringe would be routinely applied was clearly visible. A few horses were observed constantly moving their head up and down, as if something bothered them or was hurting.

Several horses were found to be limping badly and had obvious trouble walking. One horse in particular caught the investigator’s eye. There seemed to be a serious issue with his hip which made walking difficult and the horse was limping severely. Additionally, the horse appeared to suffer from acute recurrent Uveitis, an eye disease that is the most common cause of blindness in horses. As well, the horse was constantly moving and shaking his head when standing or trying to walk. Despite these health issues, he clearly displayed the shaved area on his neck indicating that he recently had been used for blood extraction. 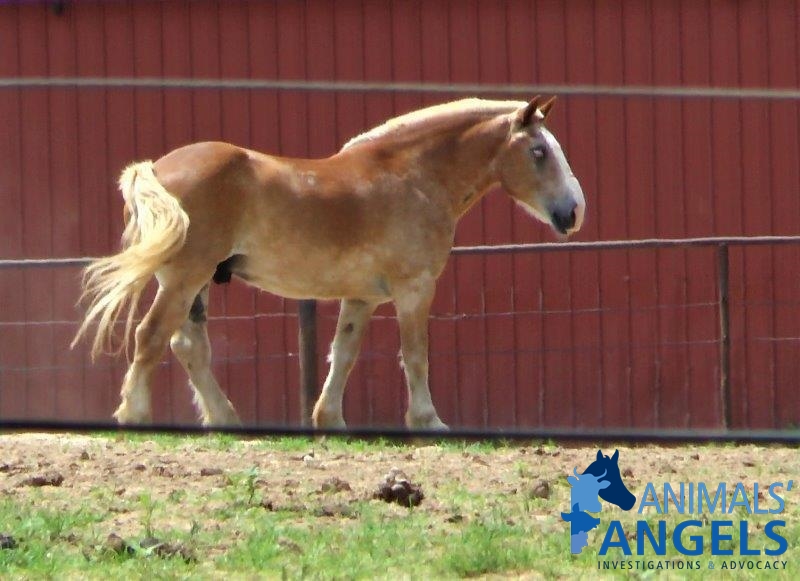 It is completely unacceptable that horses, who spend their lives on these blood farms, forced to give their blood at least once a week, are exempt from even the minimum protection of the Animal Welfare Act. There is no difference between their plight and the plight of primates, dogs, or guinea pigs kept in pharmaceutical facilities around the country.

According to Veterinary Services Memorandum No 800.91, “animals not subject to the [Animal Welfare] Act should also be cared for in the spirit of the Act.” 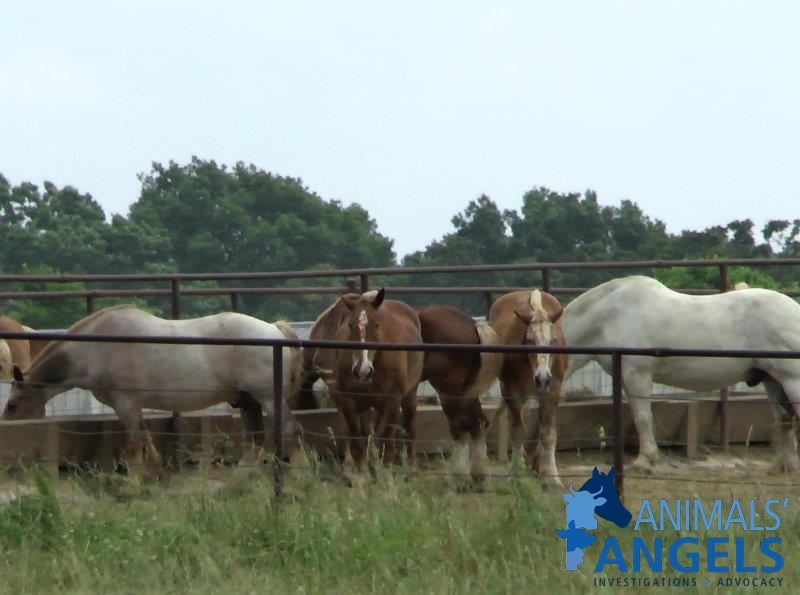 To promote the changes these horses need, Animals’ Angels will report our findings at Central Biomedia to the USDA APHIS’s Animal Care Unit, the agency in charge of enforcement of the Animal Welfare Act.

We will strongly request that unannounced inspections be conducted onsite to check the welfare and condition of the horses trapped on this blood farm.

To watch video footage from our investigation, please go HERE.