Animal Angels made an exploratory visit to “The Farm,” the Irwin, Missouri facility of Central Biomedia, Inc. (CBI) a contract manufacturer of private-labeled animal serum.  This location is a farm facility, possessing the “largest true donor horse serum herd in the United States.” 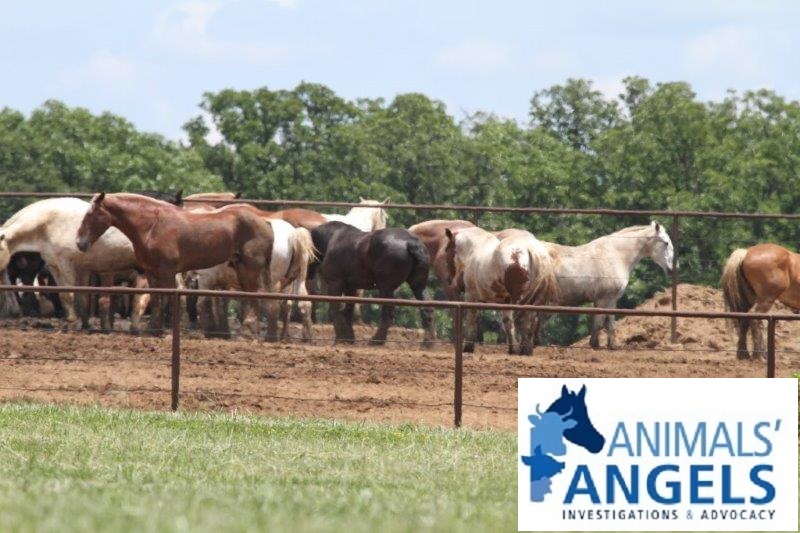 A donor horse serum herd is one in which the horses are kept for one reason only – to extract a certain amount of blood from them.

In order to ensure that the serum extracted is “of the best possible quality,” the horses are kept in a dry lot – and are fed a controlled diet.  In addition, the facility touts their ability to provide “custom processes” tailored to the needs of their clients. Presumably this entails injecting certain horses with testing pharmaceuticals.

The donor herd consists of approximately 200 horses. According to their website, the herd is overseen by an on-staff Veterinarian, the horses “get plenty of open space,” and “are as contented and healthy as possible.”

We saw a large facility with the buildings consistent with what is described on their website. 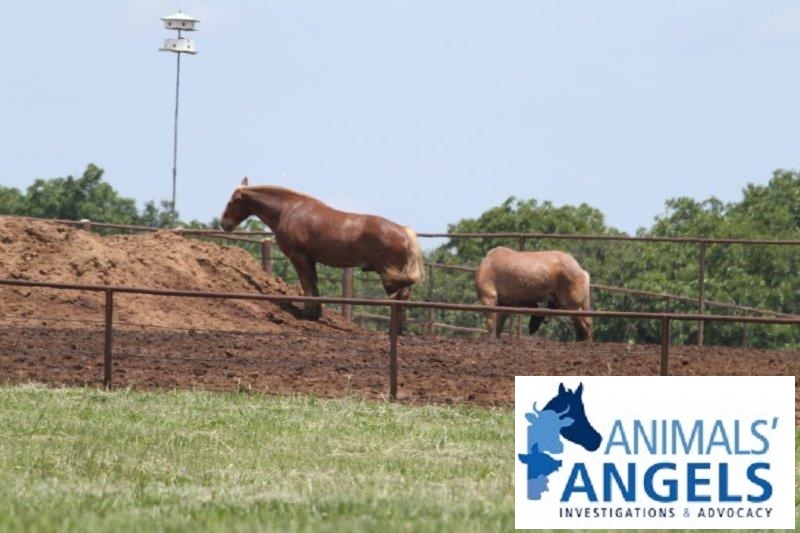 Investigators immediately noted that the front pasture held mares and foals. This was especially noteworthy since the Central Biomedia website made no mention of mares and foals at their facility. Instead, they specifically note they use geldings only.  There was also a herd of cattle on a different lot towards the front of the property.

There were several different dry lots, with a certain amount of large draft horses in each one, all geldings. The horses appeared to be segregated by age. On some lots, the animals appeared to be extremely young.

Each of the dry lots had long feed troughs. These were kept full during our observations of the site, and the horses were constantly eating. Investigators estimated an overall BCS of 7-8 for the majority of the horses, as they were very heavy animals. However, extremely thin horses, with ribs and hip bones clearly visible, were also seen. Large piles of manure were visible in each of the dry lots.

Some of the horses had large red numbers painted all over their faces. None of the horses appeared to be accustomed to human contact; they shied away fearfully when approached.

On the day of our visit it had rained a great deal, and the dry lots were a muddy mess, especially in areas where the horses congregated, such as the food troughs. Investigators observed that the horses were struggling to walk through the mud, sinking into the thick, gelatinous mass well over their ankles. No dry shelter was observed. (It could be in back of the premises and not visible.)

No injuries were observed. There was no bleeding taking place during the time of observation, but our investigators saw one part of a pen area narrowing down to an alley and then a chute, leading into the bleeding barn.

These horses are, in essence, lab-test animals. As blood donors, they have a limited effectiveness span. A concern of course is what happens once serum can no longer be extracted from an individual horse?

A phone call to the Central Biomedia office found that they keep their horses indefinitely or until they simply “die.” Further, they have horses in their “care” that are 20 years old. If what was stated is true, this is a sad life for such a magnificent animal.

However, Animals’ Angels continues to investigate this facility and others like it to determine the true fate of these horses as well as the nature of their care while at the facility.