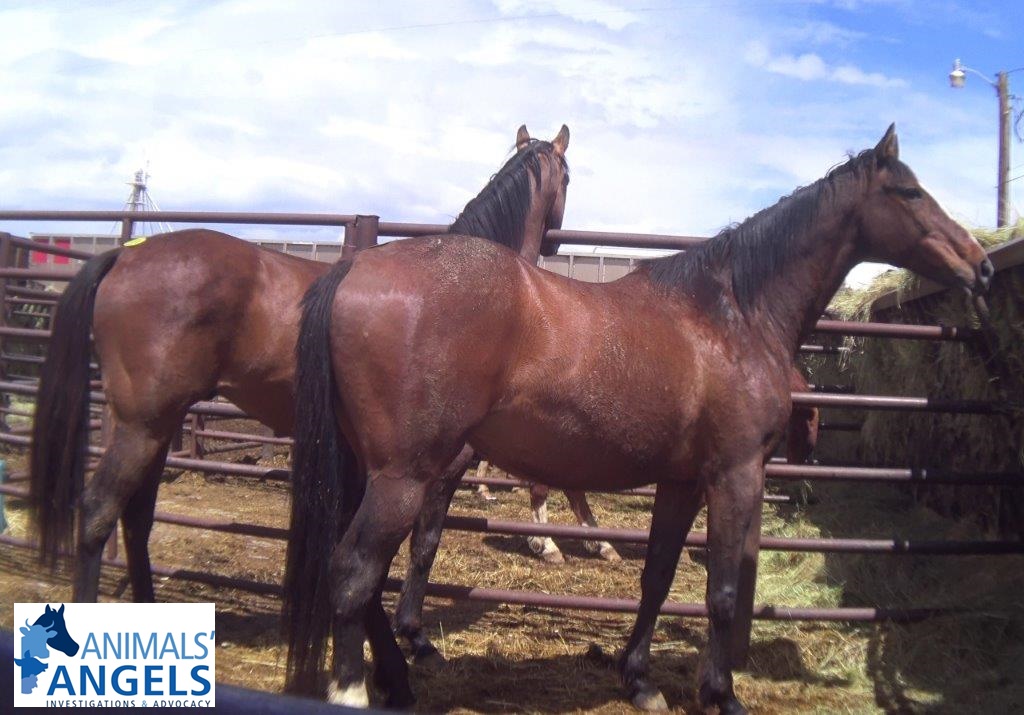 Animals’ Angels investigators returned to the Centennial auction in Fort Collins, CO. The auction is known for being one of the few remaining auctions that still sells horses by the pound instead of by the head. Horses are kept in the vast outdoor pen area prior to the sale. As investigators accessed the pens, they noticed the following:

Altogether, there were twenty-seven horses for sale. Among them were two Thoroughbreds, 6 and 9 years old, apparently discarded by the same owners and brought in by a local horse trader who indicated that there would be many more to come. In the next pens were three BLM Mustangs, a group of young, unhandled horses and a black filly with a crooked leg. In pens by themselves were a 20-year-old, thin gelding advertised as “kid broke” and a very nervous four-year-old Arabian/Quarter horse. The old gelding stood motionless in the pen and didn’t even seem interested in the hay that was provided to him, which (combined with his overall appearance) could be the indication that there was an underlying illness such as Cushing’s disease.

The animals present that day also proved again that any horse, no matter what his history or background, can end up at a slaughter sale – one horse featured the brand of former world champion barrel racer Lance Graves. 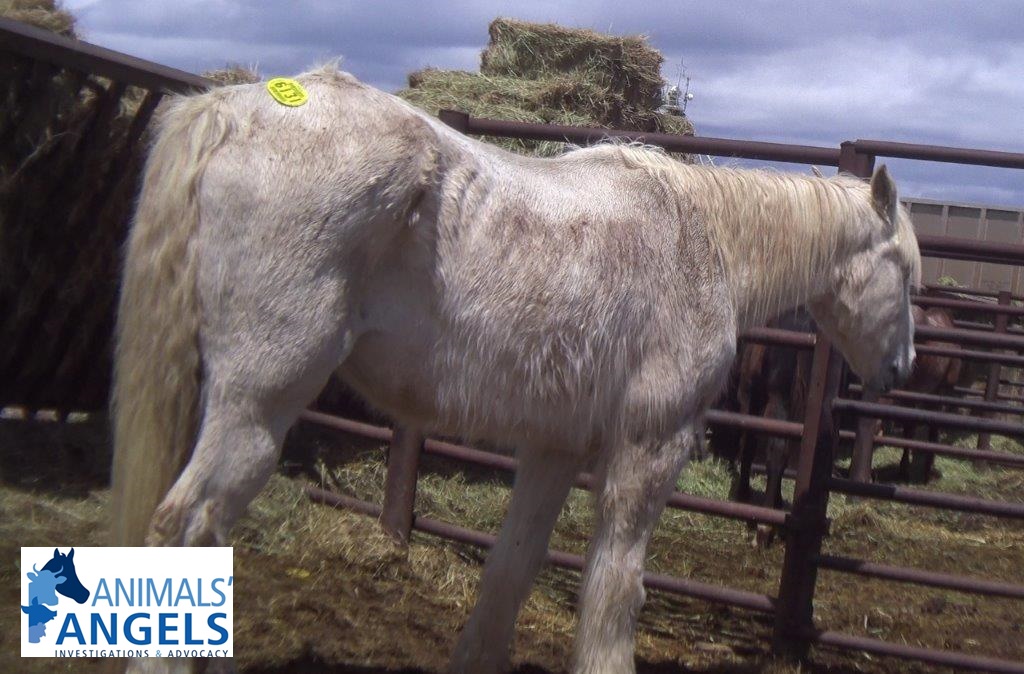 Local kill buyer Jason Fabrizius arrived with his pickup truck and stock trailer later in the afternoon. Fabrizius, who operates a feedlot in Eaton, CO, and frequents auctions in Montana, Nebraska and New Mexico, has been investigated by Animals’ Angels multiple times. Investigations reveal his bad temper, mercilessly beating and hitting horses without reason. They show the extremely poor conditions at his feedlot, with no evident veterinary care for sick or injured animals and very limited access to food. When being caught by investigators delivering horses to notorious kill buyer Dennis Chavez, his truck even tried to run investigators over. Yet, protected by the indifference of local authorities, he is still able to operate and run a very successful online broker program. 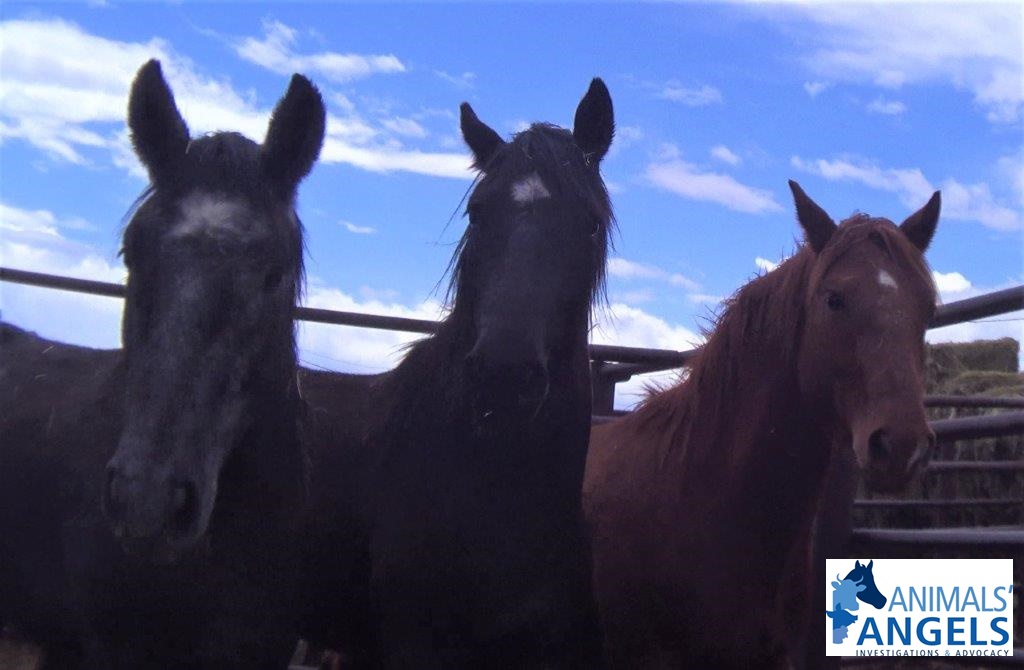 The second kill buyer in attendance was Sage Carter, son of Charles Carter, who is one of the most notorious kill buyers of all times. Charles Carter received the highest fines in USDA’s Horse Slaughter Programs history - $242,000.00. The horses inside his slaughter transports were exposed to incredible suffering - multiple horses even died, some were trampled to death. A careless Carter put aggressive stallions in the same compartment with mares & geldings and loaded horses with broken legs and other severe injuries. When Charles Carter left Colorado after declaring bankruptcy and moved to Oklahoma to start a new kill pen, his son Sage stepped into his place. Sage’s wife Rikkie and him co-own Carter Livestock LLC and Rikkie manages Charlie’s new kill pen in Stroud, OK. From there, they sell horses online to private individuals and also ship horses to other slaughter buyers in the Texas area. 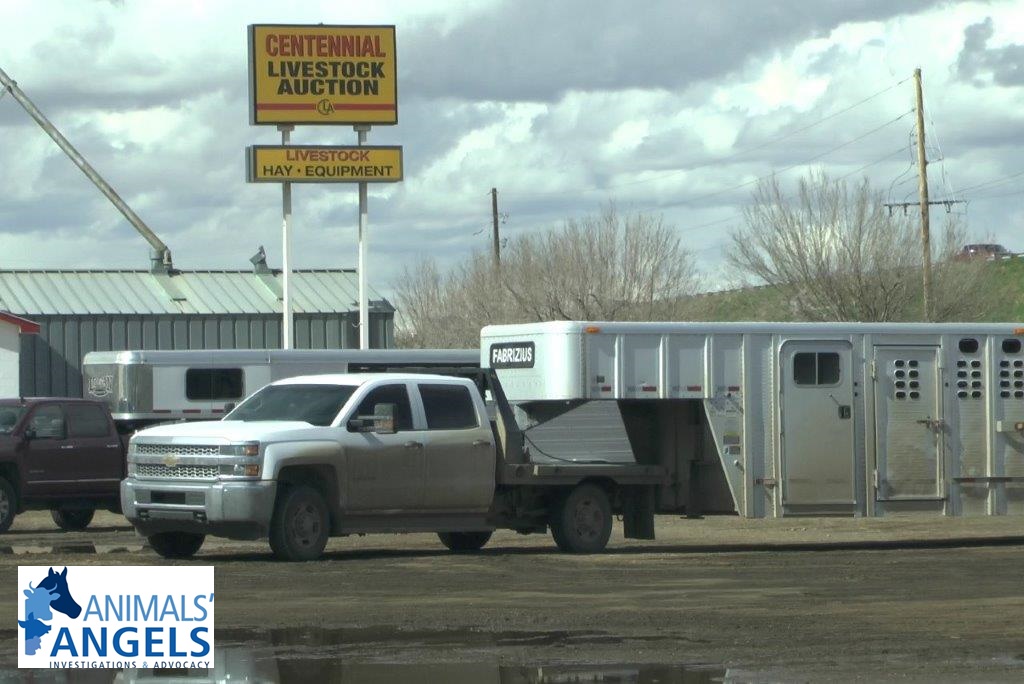 The horse sale started at 5:45pm. Out of the twenty-seven horses sixteen were purchased by the kill buyers. Jason Fabrizius bought a former dude string horse with big knees for $877.50 and the nervous Arabian Cross for $607.70. Sage Carter bought the filly with the crooked leg, the horse with the Lance Grave brand and both of the Thoroughbreds. It is important to note that Carter purchased several horses well over the current meat price, which indicates that they were bought for other purposes such as the Stroud broker program.

The horse sale ended at 6:15pm and most of the horses were loaded immediately. Animals’ Angels will continue to monitor this sale.