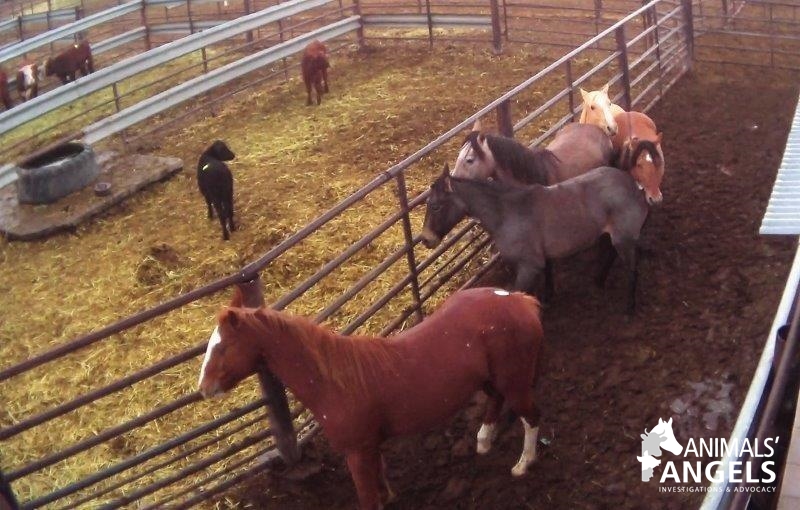 The Cattlemen’s Livestock Auction is a smaller auction located on Hwy 314 in Belen, NM, only a few miles south of the slaughter horse feedlot owned by Dennis Chavez. Animals’ Angels investigators arrived at the monthly sheep, goat, and horse sale on 11/3/16 at 10:24 am.

The auction property consists of a small building with an auction ring, office, and restaurant as well as an extensive outdoor pen area overlooked by metal catwalk. 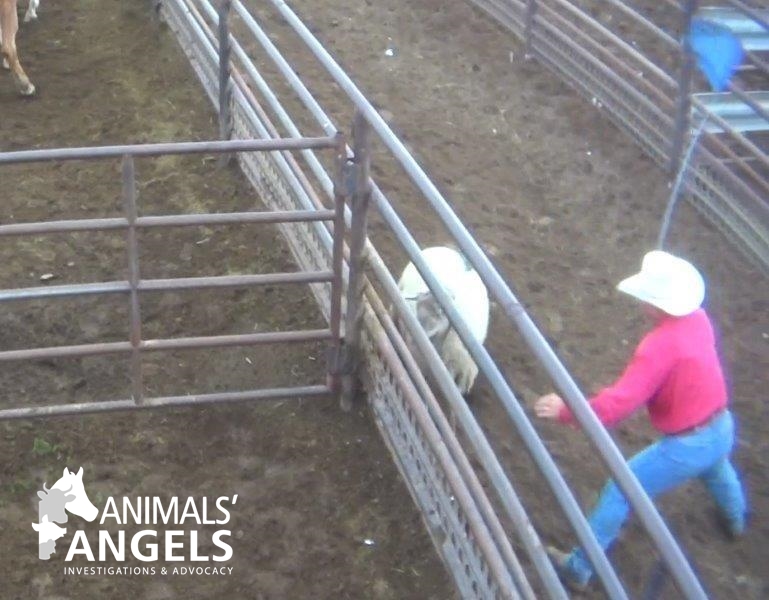 The animals were being moved by both workers on horseback and workers on foot with sticks/flags. Sheep and goats sold first. The handling of the goats was completely unacceptable.

Unwilling goats were observed being roped and then dragged behind the horse all the way to the pen. At the pen, a second worker would grab the animal and kick it into the pen with his foot.

Investigators also observed several incidents of excessive hitting of sheep or goat’s faces with the flag in order to make them move. Inside the ring, the handling was equally rough.  Goats were grabbed and pulled or tossed by the tail or carried by one leg and kicked around. 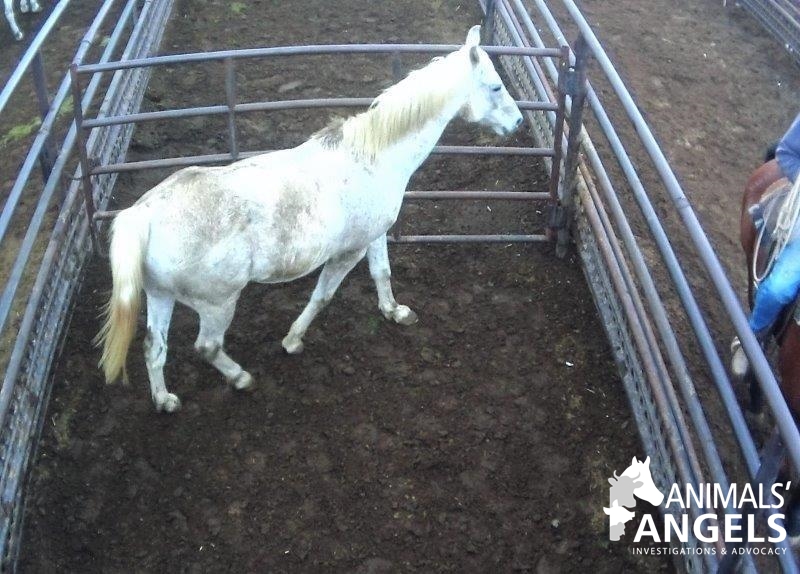 Also in the pen area were approximately 30 horses, some mules, and a donkey with overgrown hooves. The majority of the horses appeared to be unhandled and were quite afraid.

Misner has long been suspected of shipping horses to slaughter in violation of California law and Animals’ Angels has documented him selling to large scale kill buyers Dennis Chavez and Joe Rios multiple times. However, despite years of documentation, to date the California District Attorney’s Office refuses to launch an investigation into his business. 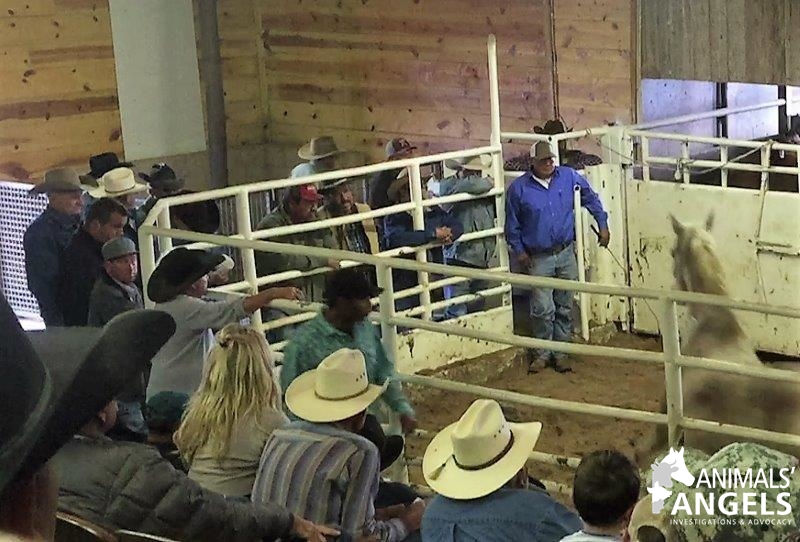 At this sale, Misner was standing prominently, right at the auction ring next to the local kill buyer “Les,” bidding with number 790.  The horses were sold at fast pace. Most of them went to buyer #790, with prices ranging from $125 to $600 for a 1,095-pound horse. Misner also bought several horses, most of them younger and likely for resale.

The sale ended at 1:00 pm and loading started immediately afterwards. Misner, who was at the auction with his white pick-up truck and stock trailer, loaded at 1:32 pm.

Animals’ Angels will continue to monitor this sale and urge auction management to improve the handling of the animals in their care. As always, we report all violations witnessed to appropriate enforcement agencies. In addition, we will provide all relevant information regarding Misner’s operations to authorities.