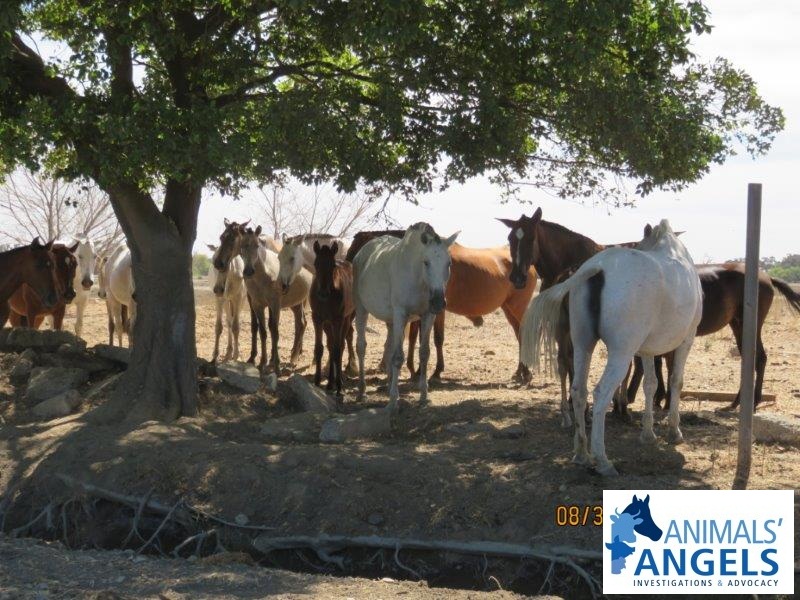 Don Gatz is a California horse trader who has been buying and selling horses for the last fifty years. Based in Patterson, CA, Gatz frequents auctions in Turlock, Madeira and Escalon as well as in New Mexico.

Known to provide horses to several kill buyers, Gatz also has a history of abusing and neglecting horses. On May 19, 2011, Deputy District Attorney Mehlert initiated 30 counts of felony animal cruelty charges against Gatz.  In November of 2011, Gatz plead “no contest” to three felony animal cruelty charges involving 10 horses each and was ordered to serve three years of probation, 480 hours of community service and pay a $10,000 fine as well as $4,000 in victim restitution. The probation also included the condition that Gatz would not be allowed to buy, sell, trade or own any more horses.

The charges against Gatz were filed after law enforcement discovered 30 horses in distress on his  property, among them 1 horse down/dying without assistance, 1 horse with a large open wound (which had never been treated), and 1 horse with hooves so overgrown that it had difficulty walking. Several others were suffering from strangles infections, had tumors, or were severely emaciated. Of the 30 horses found, 15 had to be euthanized.

In February of 2012, Animals’ Angels inspected his premises in Patterson and found several extremely emaciated horses as well as two horses dead. All the evidence was provided to law enforcement, however, nothing was done. 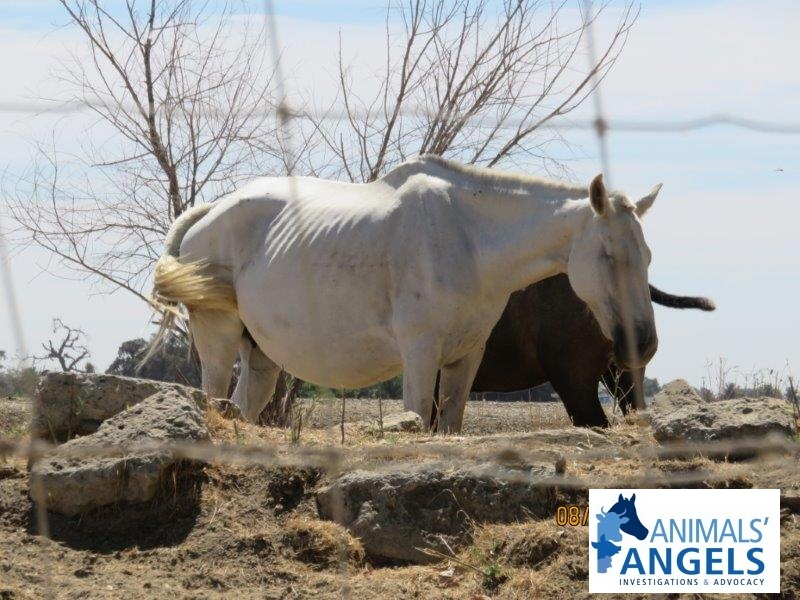 In March of 2012, Gatz complained about the condition that restricted him from owning horses, arguing that he needed to buy and sell horses in order to make a living. Shockingly, the Superior Court for Merced County agreed with him and waived the restriction. Additionally, the 480 hours of community service were removed and replaced with a one-time payment of $3,000.

In May of 2012, a Merced County Probation Officer visited Don Gatz to inspect the horses on his premises.  The Officer noted that there was an “elderly, thin Appaloosa with skin cancer,” as well as two lame horses and one horse with overgrown, splitting hooves. She also noted that the pasture was bare and there was only one stack of poor quality hay visible. Once again, as indicated in the public records provided to Animals’ Angels, no further action was taken.

On February 20, 2014, a hearing was scheduled for a violation of probation.  However, records obtained by Animals’ Angels from the Superior Court for Merced County indicate that, while Gatz admitted to the allegation in the affidavit, Judge Marc Garcia still decided to terminate his probation. The judge even went so far as to clarify: “So we're clear, Mr. Gatz, there's no further obligations you have with the Court with regard to this case.”

However, it gets better…Gatz then filed a petition for dismissal of the case against him (CA Penal Code 1203.4) in order to “clear his name” and obtain relief from potential negative consequences. His petition was granted on August 20, 2014.

Animals’ Angels visited his property again on August 30, 2014.  It should be noted that public records indicate that Gatz also leases 45 acres of land adjacent to his property from the city of Patterson for $600/year. 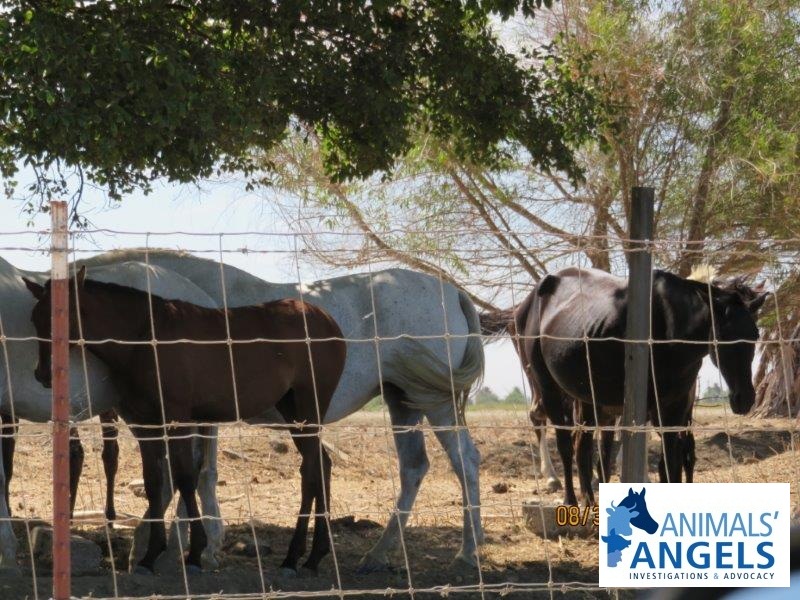 The investigators spotted a group of approximately 20 horses in a barren field next to Gatz’s property. The dusty field was surrounded by barbed wire fencing and was partially covered with broken pieces of concrete. The temperature that day was 96 degrees Fahrenheit and the group was seeking shelter underneath one of the very few trees visible.

Among them were several mares with foals by their side and some of them appeared to be pregnant once again. Several others were very thin with rib and hip bones clearly showing. One mare had a large tumor on the right side of her neck.

So what does all of this show us? It shows us that Don Gatz will never change -- he will continue to buy & sell horses until the day he dies and countless horses will suffer under his abusive hand. He will continue his cruel and inhumane operations knowing that he is protected by weak animal cruelty laws and lenient judges.

It is up to us, the people who care about animals and the way they are treated, to ensure that Mr. Gatz is held accountable for any future act of animal abuse or neglect. Animals’ Angels will continue to monitor Mr. Gatz’s activities very closely…very closely indeed.