The Carnage Continues at Bouvry Exports

The Carnage Continues in Canada 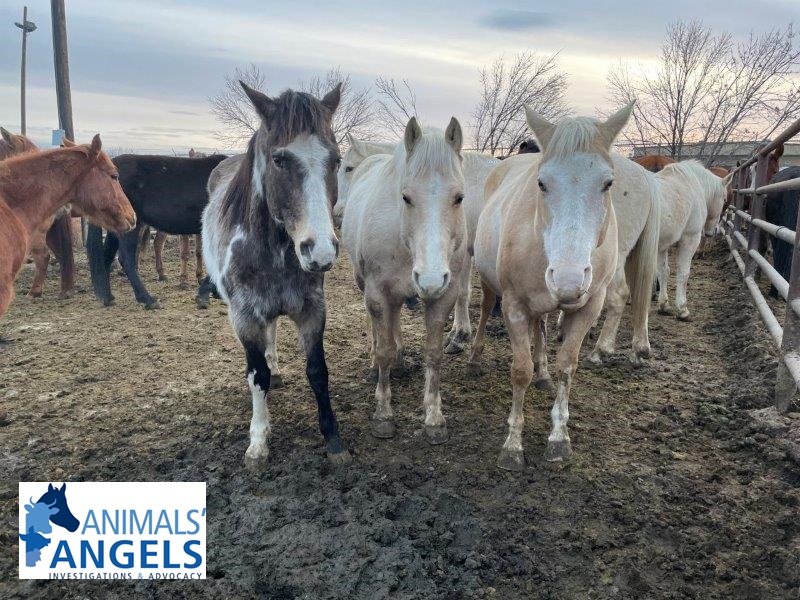 In recent years, Animals’ Angels has investigated the U.S. to Canada horse slaughter trade with both growing hope and mounting frustration. Although we’ve been pleased to see a steady decrease in the number of U.S. horses sent to Canada for slaughter, there are still thousands of innocent animals trapped in the cruel cycle each year, and the majority of these poor horses suffer at the hands of one key player.

Bouvry Exports has long been Canada’s largest importer of U.S. horses, accounting for more than 85% of the U.S. horses brought into the country for slaughter. Notorious for the appalling conditions of their facilities, and the abusive treatment of the horses in their care, Bouvry Exports has often promised to change their ways and start adhering to animal welfare guidelines and food safety procedures. Recent investigations prove that they’ve utterly failed to make good on their promises.

This month’s newsletter lays bare the horrific conditions at the Bouvry facilities in Alberta, Canada and Shelby, Montana, and highlights the ongoing abuse and flagrant food safety violations which prompted Animals’ Angels to name Bouvry Exports as our top priority and “Investigative Target #1” in our mission to stop horse slaughter for good.

The Good, the Bad, and the Ugly of the Canadian Slaughter Industry 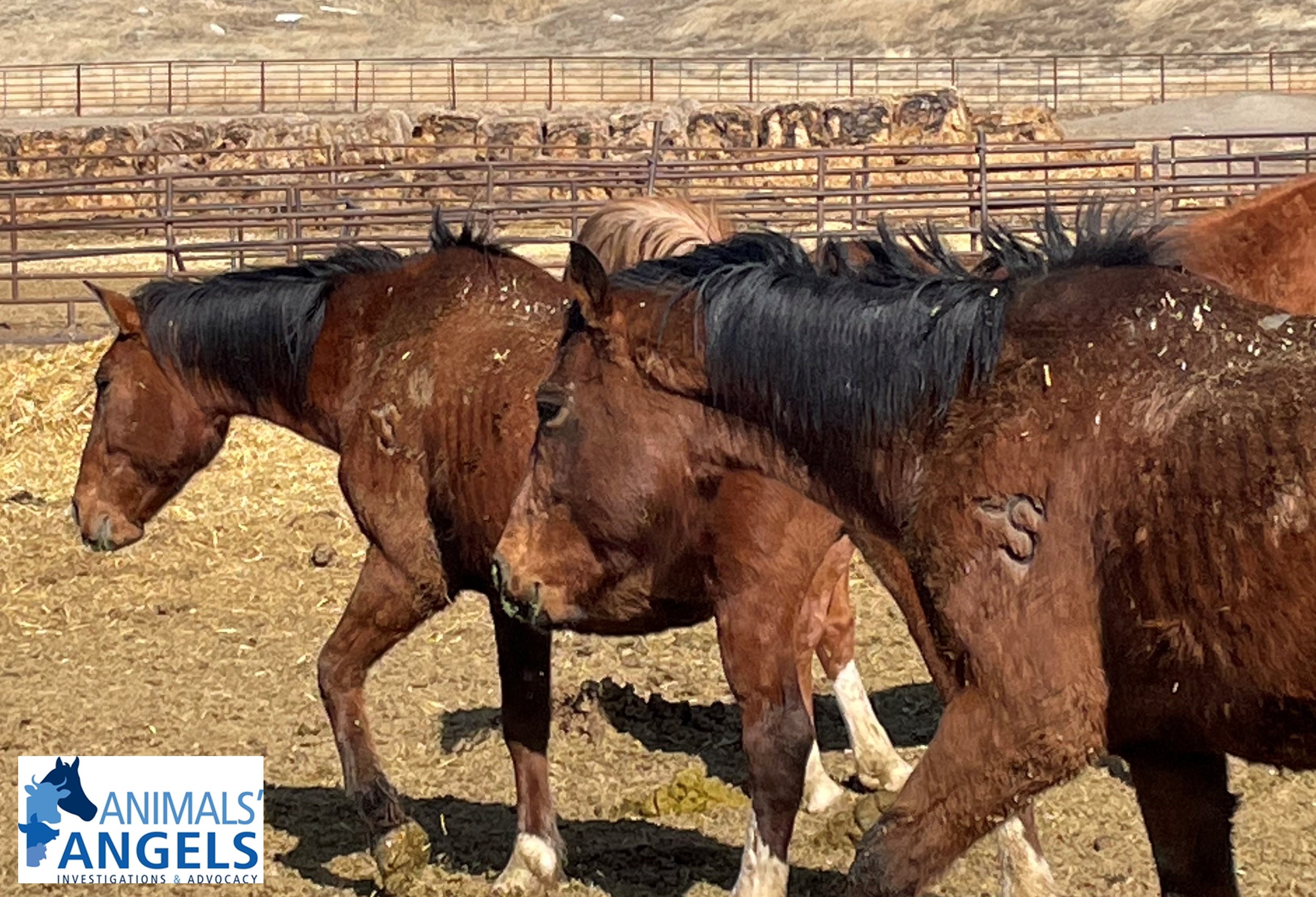 The good news coming from north of the U.S. border is that the number of horses exported to Canada for slaughter is continuously shrinking, decreasing from 6,919 horses in 2020 to 5,139 horses in 2021, a 25% reduction in just one year.

The bad news is that the fate of the thousands of horses who are still unfortunate enough to get caught in the U.S. to Canada slaughter pipeline remains grim. Most of these animals (4429 horses in 2021) come through the Bouvry Export feedlot in Shelby, Montana, which acts as the main hub for all U.S. horses purchased for slaughter in Canada.

The ugly reality is that Bouvry still has a growing armada of suppliers in ten states (North Dakota, South Dakota, Idaho, Iowa, Wyoming, Oregon, Nebraska, Minnesota, Washington, and Nevada) which ensures a steady supply of horses. 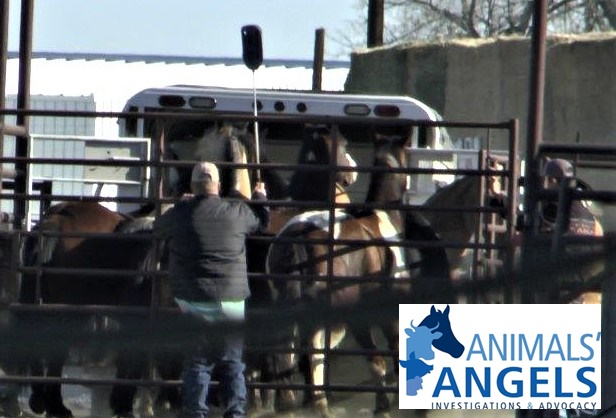 Animals’ Angels has confirmed through recent investigations that a collection of long-term kill buyers are still faithfully delivering horses to the Bouvry feedlot in Shelby. The kill buyers on this list include:

The New Perpetrators on the Block

Our investigations also uncovered that there are several new traders who have started supplying horses to Bouvry’s Shelby feedlot. 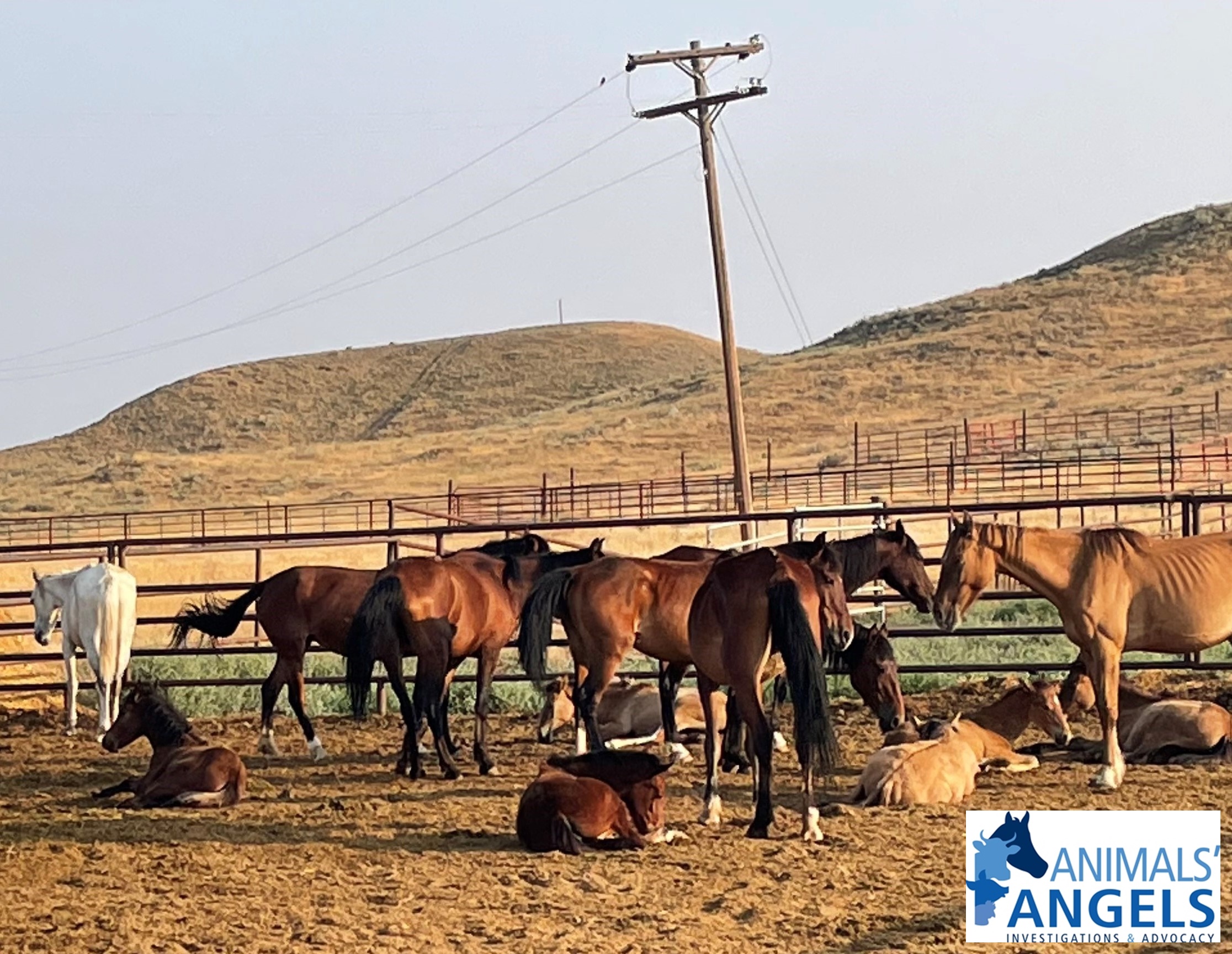 But perhaps the most disturbing development comes from the Warm Springs area in Oregon, where suppliers shipped 161 Mustangs to the Bouvry Expert lot in Shelby. Many of these poor horses were under two years old.

According to the Confederated Tribes of Warm Springs (one of the new suppliers in Oregon), there are 3,800 horses roaming around their reservation. The tribes, who hold an annual horse sale, have recently created a “Horse Herd Reduction Program,” a master plan for herd reduction which apparently involves the callous sale and shipment of horses to Bouvry Export’s Shelby lot, where their gruesome fate is to be butchered for profit.

Consequences of the Canadian Carnage

Our investigation into Bouvry Exports also revealed the company’s total lack of concern about the importance of following food safety regulations or ensuring the humane treatment of animals in their care. One heartbreaking example of this indifference to suffering was documented in public records obtained from the Canadian Food Inspection Agency (CFIA) by the Canadian Horse Defense Coalition. 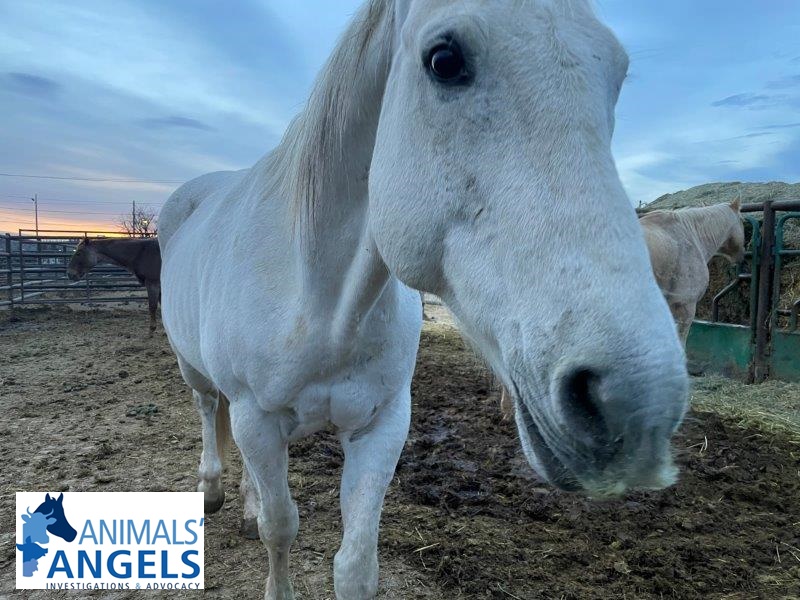 The records reveal that on the night of January 7th, 2021, a slaughter horse transport arrived at the Alberta plant. One of the 30 horses in the trailer was down and unable to get up. The staff at the plant did not rush to end the animal’s suffering with emergency euthanasia, but instead dragged the poor horse out of the trailer with a rope, hoisted it up with the help of a forklift, and left it to suffer in a freezing cold pen for the rest of the night. Only after the plant’s morning shift arrived was the suffering animal euthanized. The CFIA issued a $10,000 fine against the Bouvry Export plant, although even that didn’t seem to impact the company’s actions.

On February 17, 2022, the CFIA revoked Bouvry Export’s license, forcing the plant in Alberta to cease operations. An inspection had found that the plant failed to comply with required procedures to detect E Coli in the meat and temperature deviation of carcasses. The Canadian agency ruled that these failings put the public’s health at risk.

Bouvry Exports’ continuous violations of animal protection and food safety regulations in the U.S. and Canada have not gone unnoticed by the rest of the world.

After years of broken promises, and multiple complaints from Animals’ Angels about the inhumane conditions at the Shelby Lot, the Montana Livestock Board decided to triple the number of inspections performed at the facility.

Authorities in the European Union are also aware of the situation and have been closely monitoring the developments. Animals’ Angels has continued to pass all important information along to the EU Commission. We are hopeful that Bouvry Exports’ refusal to adhere to animal welfare guidelines and food safety procedures will help secure the much-needed ban on Canadian horsemeat imports.