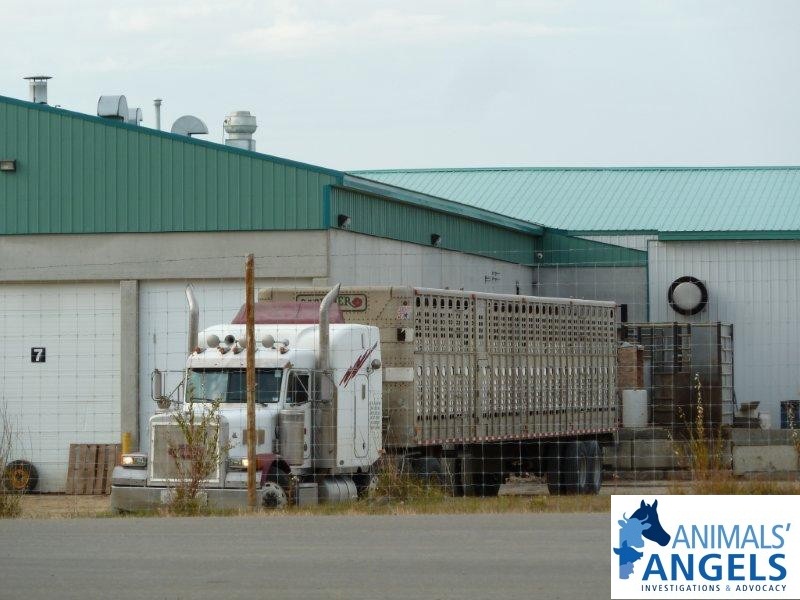 Canadian Premium Meats Inc. (CPM) is an EU approved slaughter and meat processing plant in Lacombe, Alberta. The owners are Swiss expatriates. The plant slaughters cattle, bison, deer and horses. They do not operate a feedlot for horses.

Animals’ Angels investigators arrived at the CPM slaughterhouse at 12:00am, trailing a truck from kill buyer Scott Irvine’s collecting station. Approx. 15 horses were unloaded. At 5:10 pm, a white Peterbilt truck with single deck trailer arrived at the plant. It was a Dale Gardiner Livestock truck from Wetaskiwin, Alberta. The truck backed up to the unloading ramp and a CFIA inspector broke the seal before opening the trailer. All horses walked off without problems. There were two dividers inside the trailer. All horses wore colored neck bands indicating that they were from the US.  At 5:35 pm, the unloading was finished. 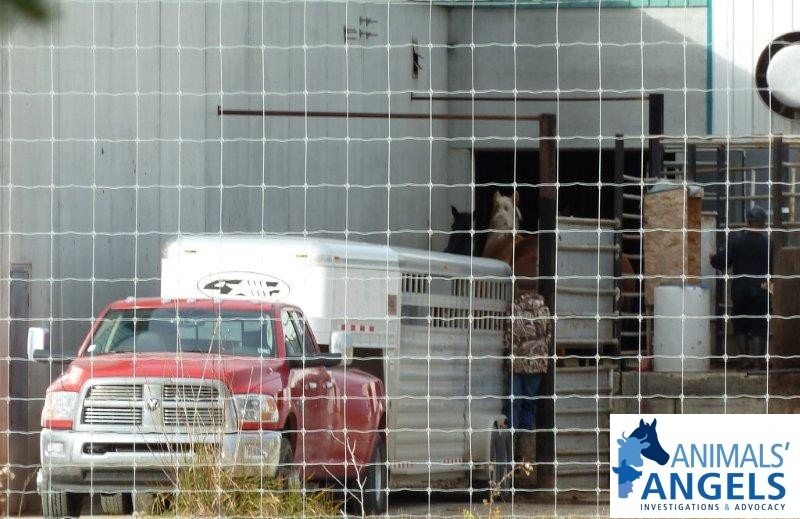 The next day, investigators arrived at the slaughterhouse at 7:00 am.  Three trucks with single deck trailers were waiting to unload, the first had already backed up to the unloading ramp. It was the truck of Sandhollow Trucking from Caldwell, Idaho, owned by Jeff Peck (DOT 1216142). Jeff Peck has a long list of violations of the Commercial Transport of Equines to Slaughter Regulations. The second truck in line was Sheridan Trucking from Lawler, Iowa (DOT 551306). This company is linked to kill buyer Scott Kurtenbach, who also has multiple violations of the Commercial Transport of Equines to Slaughter Regulations. According to owner/shipper paperwork obtained by Animals’ Angels, the horses were loaded in Lawler, Iowa, on the 10/21/13 at 10:00am and were supposedly unloaded to rest in Fargo, North Dakota. They were re-loaded on 10/22/13 at 4:00am. However, without observing the transit, there is no guarantee that the information on the paperwork is really accurate.

The third truck waiting to unload was a Steve’s Livestock Transport from Blumenort, Manitoba, Canada (DOT 310064). 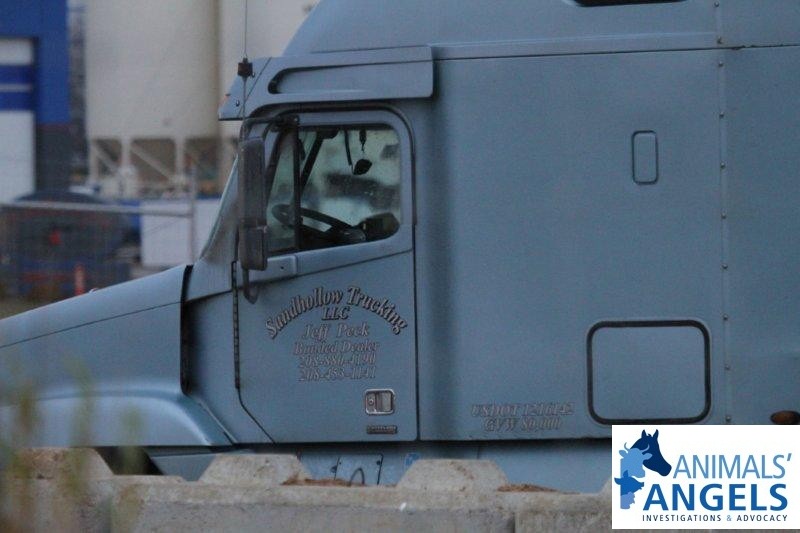 At 8:25 am, a veterinarian or inspector arrived at Jeff Peck’s truck and woke up the sleeping driver. At 8:30 am, the unloading started. There were three dividers. One horse was segregated in the front of the trailer. All horses wore neck bands and USDA slaughter tags. Several horses showed old scares. One horse had severely injured eyes, the right eye appeared to have been pushed in.  There was liquid running out of both eyes. The horse was possibly blind, it was observed hitting its head against the railing.

Transport times for horses imported from the US are very long. The poor condition of the horses (head injuries, swollen knees, nasal discharge, etc.) showed that they suffer greatly during transport. This is also confirmed by the long list of the kill buyer’s previous transport violations. The horses delivered on Kurtenbach’s truck that morning had been transported over a distance of 1’400 miles. They spent approx. 38 - 41 hours on the trailer, without water or feed. We strongly recommend limiting the transport time to 8 or max.10 hours and reducing the waiting period at the plant for arriving trucks.