Investigators returned to Bouvry’s largest feedlot, which holds approximately 10,000 horses at any given time, to check if conditions had improved since their 2014 visit. Investigators noticed right away that the work force was very active as feed trucks were continuously keeping the troughs filled.  Other workers were constantly driving around the lot, an activity that could only be described as patrols checking the feedlot for potential intruders. All activities were conducted via vehicle; at no time were workers observed checking the condition of the animals in the pen area on foot. 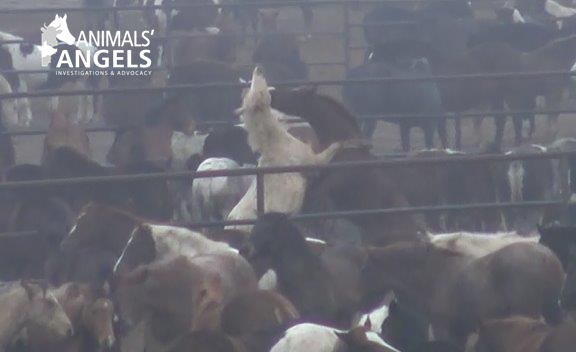 The horses were kept in pens segregated by mares with foals and geldings. There were approximately 100-200 horses in each pen, all soaking wet from the rain. Most of the horses had a BCS of 7-8 and had been fattened for quite some time. Many had overgrown hooves and were coughing continuously.

The horses had 1-2 numbers branded onto their right shoulder; some horses also had a U-shaped brand on their right hindquarter. Some of the more recent brands, especially on the younger horses, appeared infected. In some cases the burn was quite severe and large, red wounds were clearly visible. 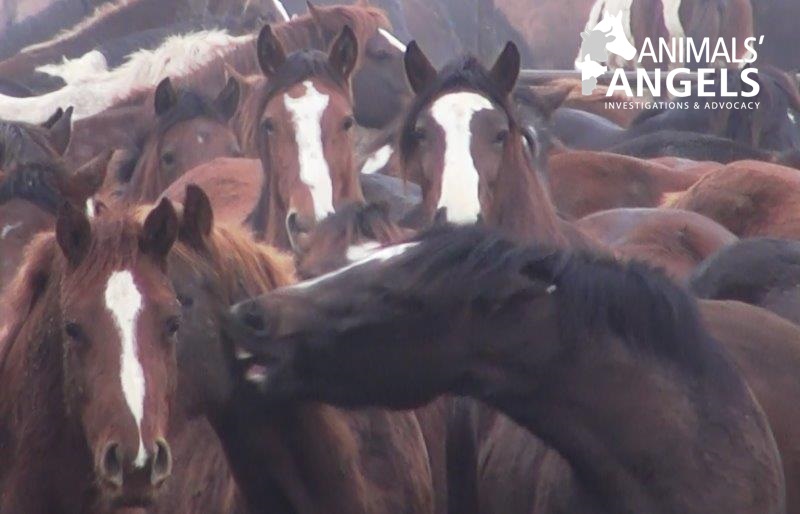 Regarding the pen area, no improvement was noted since our investigators’ last visit.  There was still no shelter of any kind for any of the animals and several of the pens appeared very crowded and covered in manure.

Only limited quantities of water was visible, which appeared to be insufficient for the number of horses kept in the pens. The horses were observed licking rain water off of each other and off of the fencing. 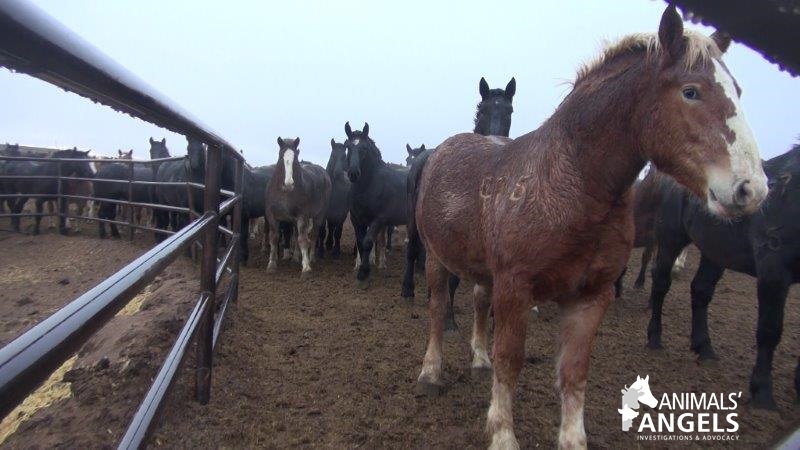 One of the large pens held three mares and their foals. Some straw was visible, but it was soaked from the heavy rain. One of the foals was repeatedly coughing. A draft horse with an overgrown left front hoof was limping badly. Another lame horse was seen in the same pen.

Several of the younger draft horses had strong nasal discharge. Investigators observed a young foal, lying down by itself outside of the pen area. It had eye discharge and was very weak on its legs. When the foal moved, it did so only very slowly as if the action was quite painful. 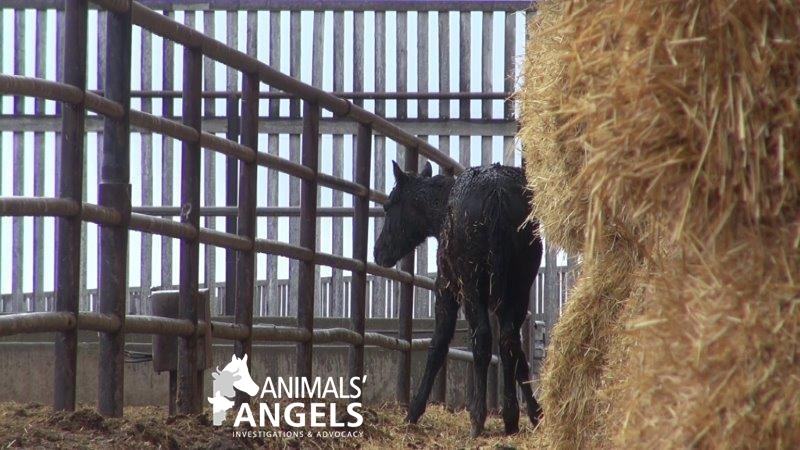 Investigators noted that there were five horses that had escaped the pen area and were wandering along the fence line. One of them, a bay, was limping.

Shortly after spotting this group of horses, investigators saw another horse that was severely limping and moving his head up and down when walking. A Paint horse was also struggling due to a club foot and was barely able to put weight on his left hind leg. 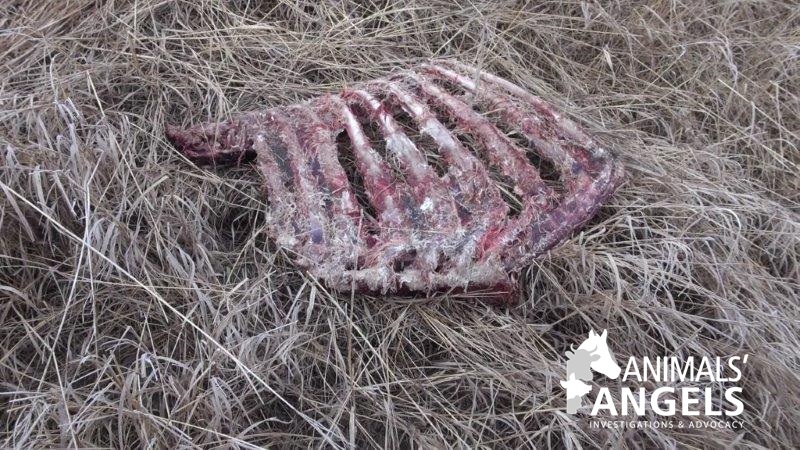 Investigators found two rib sections outside the pen area, which appeared to be from a horse. Several coyotes were also spotted roaming the area by investigators.

This recent investigation shows that Bouvry has made no improvements to their feedlot -- the horses still have no access to shelter and multiple horses with health concerns were found. It appears that the only thing Bouvry has invested in is an increased work force, hired to patrol the premises. 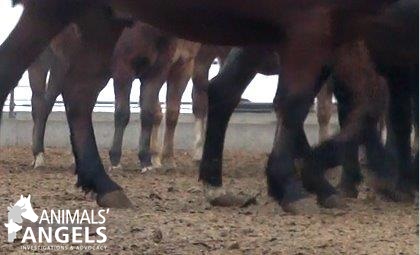 Animals’ Angels will continue to monitor Bouvry’s operations and report all findings to the EU Commission.