Animals’ Angels & Tierschutzbund Zuerich investigators returned to Bouvry Exports Slaughter Plant this February to assess if any changes had been made since our last undercover operation exposed numerous animal welfare and health concerns. Unfortunately, the team’s findings—outlined below—reveal a complete disregard for the safety of the animals in their care, and for the customers who buy their meat products. 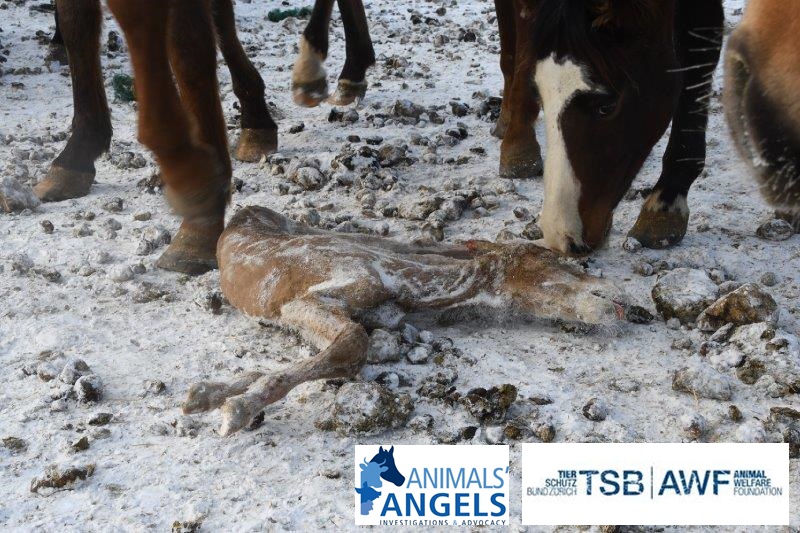 Bouvry Exports operates one of the largest horse slaughter plants in Canada and exports a large quantity of its horse meat to the European Union for human consumption. The plant occupies about 2,000 acres of land around Fort Macleod, a small town in Alberta, Canada. Animals’ Angels & Tierschutzbund Zuerich have previously exposed the plant’s substandard conditions and outright animal abuses—and our photos, footage, and observations made international news. As a result of these findings, Migros, Switzerland's largest supermarket, terminated its contract with Bouvry Exports and no longer purchases meat from the Canadian supplier.

2/13/19: Investigators arrived at Bouvry Exports in the early morning, before staff began reporting around 8 am. They noted three rows of pens in the feedlot; one held bison and the other two held horses. The horses had been branded with the Bouvry numeric identifier, and some brands were very fresh and raw. No green USDA slaughter tags were seen on any of the horses, despite the fact that investigators have documented daily truckloads of horses leaving the Bar S facilities in Shelby, MT, destined for Bouvry.

The temperature was -8°F upon arrival, and the ground in the pens was frozen. Frost covered the horses’ and bison’s backs, and the pervasive clumps of frozen manure made it difficult for the animals to walk. 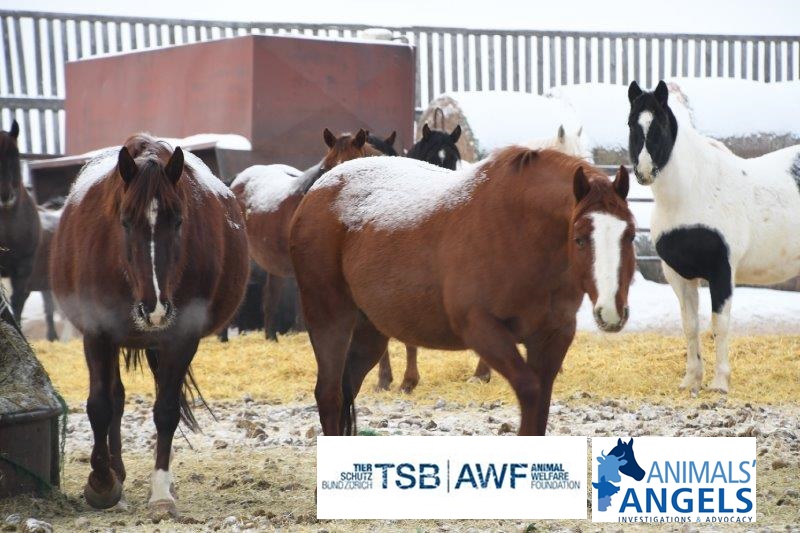 Investigators immediately noticed that food and water were not adequately available to the animals. The grain feeders were uncovered, and the heated water troughs were filthy. In addition, the green plastic wrapper on the hay bales had not been properly removed, horses were chewing on the plastic, and bits of wrapper were scattered across the ground.

The condition of the animals was also a concern. While some horses were extremely thin and others overweight, several animals appeared to be in compromised health. Some horses had overgrown, cracked hooves and were limping or otherwise unsteady on their feet. Investigators noted eye infections, vaginal discharge, and severe cases of diarrhea, with the frozen remains covering the horses’ tails.

Two horse carcasses were observed, both reduced to skeletons. A dead foal was also frozen to the ground in one pen, which appeared to distress the other horses.

2/16/19: The temperature was 24°F when Animals’ Angels investigators arrived at 6:30 am. As on the previous morning, horses were covered in frost and snow, and they were seen chewing on the plastic hay wrapper. 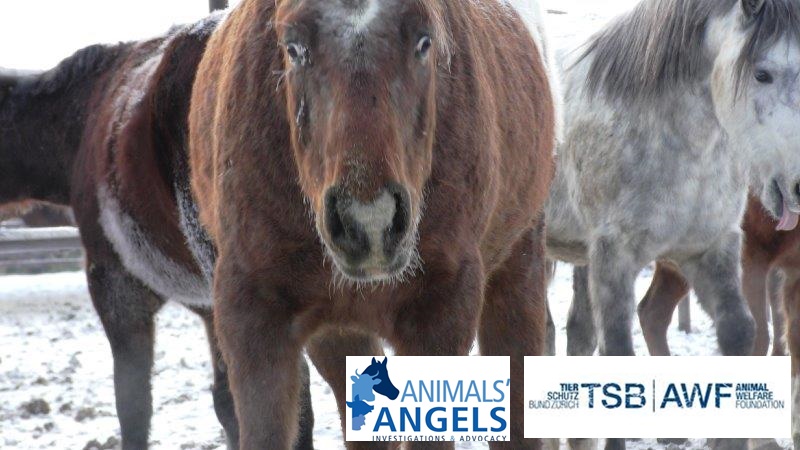 More horse injuries and ailments were noted: several horses had frozen nasal discharge, many were suffering from overgrown hooves, a few were nursing serious foot injuries, and an apparently pregnant mare seemed in discomfort. The dead foal was still frozen to the ground, but the other horses had been removed from that pen.

This investigation is clear evidence that Bouvry Exports has learned nothing from previous reporting or the Migros boycott. Animals’ Angels & Tierschutzbund Zuerich will send a detailed report to the EU Commission to inform them of the recent findings and suggest immediate action against the company.