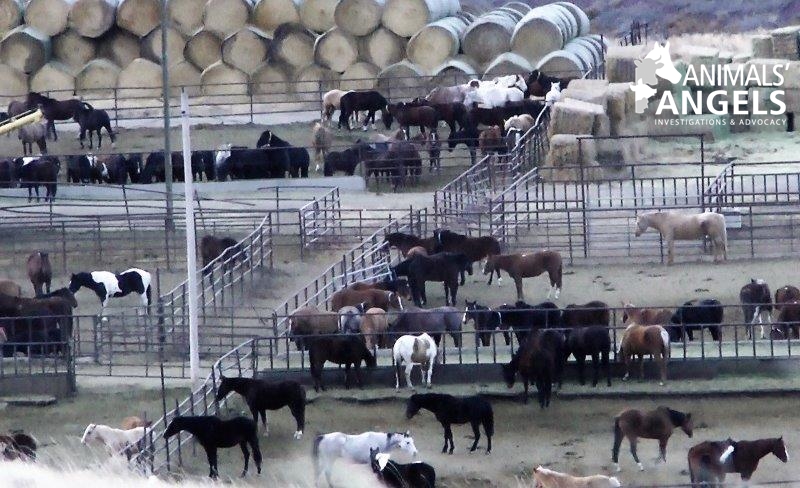 The Bar S Feedlot in the small town of Shelby, MT serves as a Bouvry Exports collection station for slaughter horses purchased at auctions across the US. From there, the horses are shipped to Claude Bouvry’s slaughter plant in Fort McLeod, Alberta and his extensive Canadian feedlots.

The Bar S Lot is considered a Quarantine lot, which allows the feedlot to accept horses that have not been tested for Equine Infectious Anemia (EIA), a highly contagious disease. As a result, all horses arriving at the Bar S Feedlot must be branded with an “S” within 24 hours to identify them as destined for slaughter and slaughter only. The feedlot has a capacity of holding up to 1700 horses. 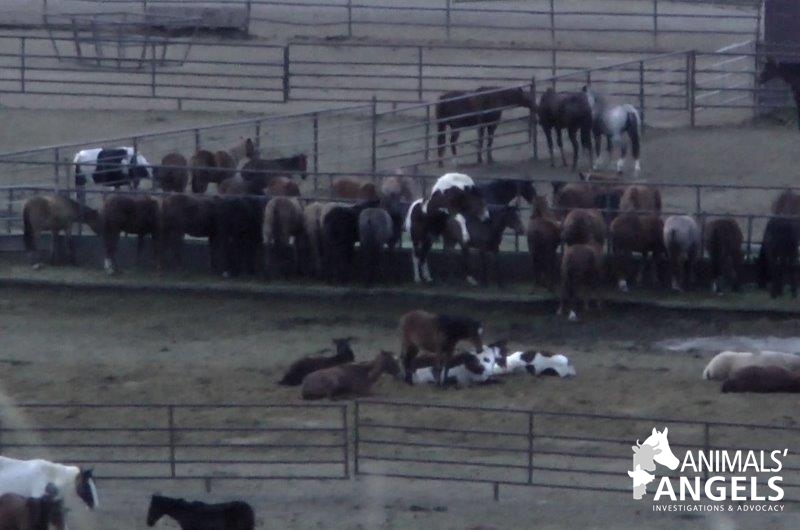 Over the past several years, Animals’ Angels has conducted numerous investigations at the feedlot to document the conditions for the animals. Multiple welfare concerns have been uncovered: horses with grievous untreated injuries, emaciated horses, crippled horses, stallions among mares, overcrowded pens causing unnecessary fighting and stress, and a large open death pit with scavengers dragging away horse parts.

AA investigations have not been the only indication of welfare issues at the Bar S Lot. Public records indicate that in 2015 the Canadian veterinarian responsible for inspection of horses at the border crossing, rejected multiple loads from the Bar S Lot from crossing into Canada due to welfare concerns. In fact, the amount of rejected transports caused the lot to be temporarily over capacity, holding 1800 horses for a time. 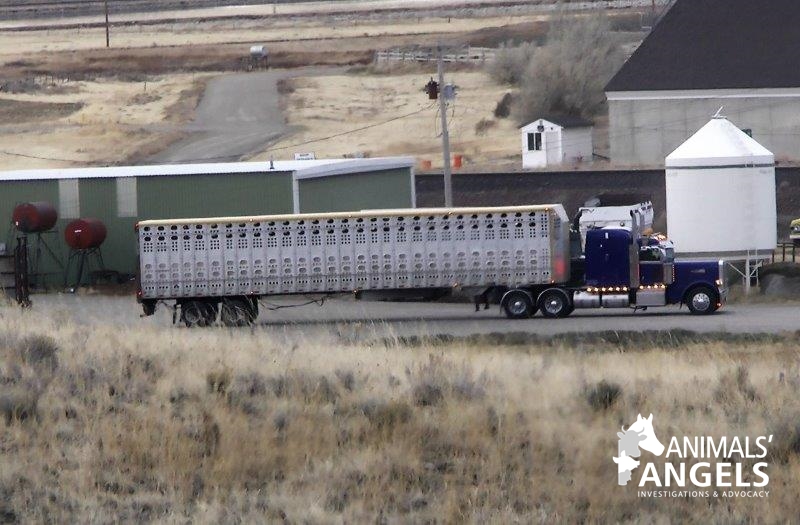 When blamed for a decline in conditions at the feedlot, Bouvry Exports management stated that the delay in shipments was the reason for several of the documented violations.

Dr. Kelley, however, responded unimpressed: “I am not going to negotiate acceptable body scores with Mr. [redacted]. Mr. [redacted] will need to raise his bar some or risk continued refusal at the POE (the border) for inhumane transport.”

It should be noted that some things have changed since our first investigations were released. Public exposure and stronger demands from customers as well as governmental officials have led to certain improvements at the property. For instance, new water tanks, a new processing facility, new fencing, and a wind break have been installed. 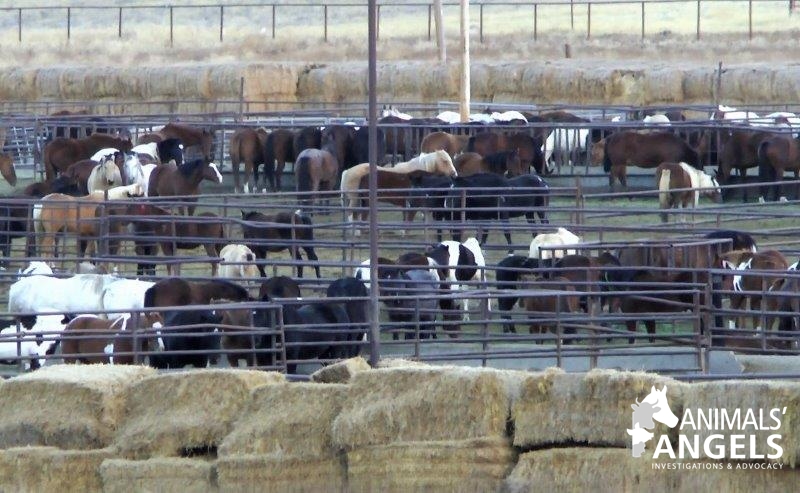 Due to the unique nature of the feedlot, a special agreement between the Montana Department of Livestock and the Bar S Feedlot was created, which includes specific rules and allows the DOL employees to inspect the feedlot for animal welfare issues. According to 2016 and 2017 inspection reports, no violations were documented, and the number of horses kept in Shelby, MT was declining altogether due to the new EU requirements.

AA investigators returned to the feedlot in late October 2017 to check on the conditions for themselves. Investigators immediately noticed that the feedlot was nowhere near capacity and there were multiple empty pens. Most of the horses were kept in pens closer to the front of the property. 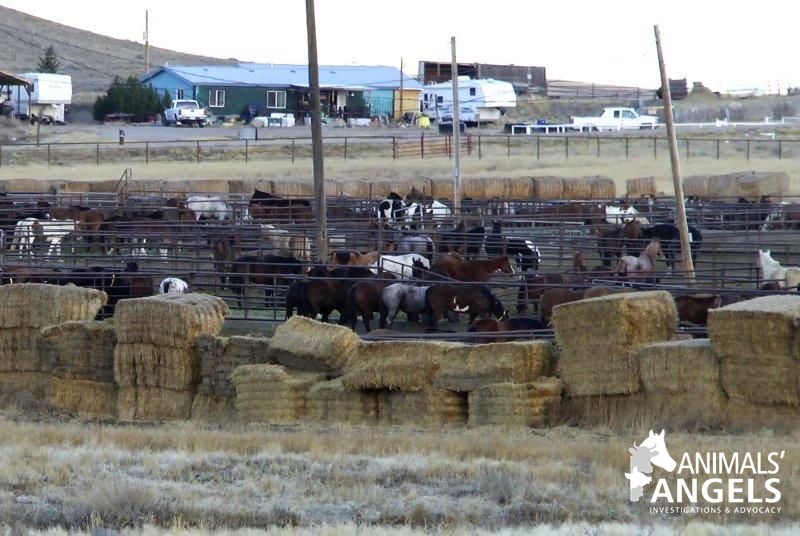 Just like during our last visit, many of the horses were wearing different colored neckbands. The S brand was visible on a many of the animals, but not all. All horses appeared to be of good weight. Many horses were laying down, completely still.

It was also noted that there seemed to be multiple stallions mixed in with the general population of horses and they were seen mounting different mares. This could be a violation of the Memorandum of Understanding (MOU), which dictates that stallions over the age of three must be segregated. Evidence of these observations will be provided to the relevant authorities. Investigators also documented two severely limping horses, still wearing auction tags, which seemed to have problems moving around in the pen. 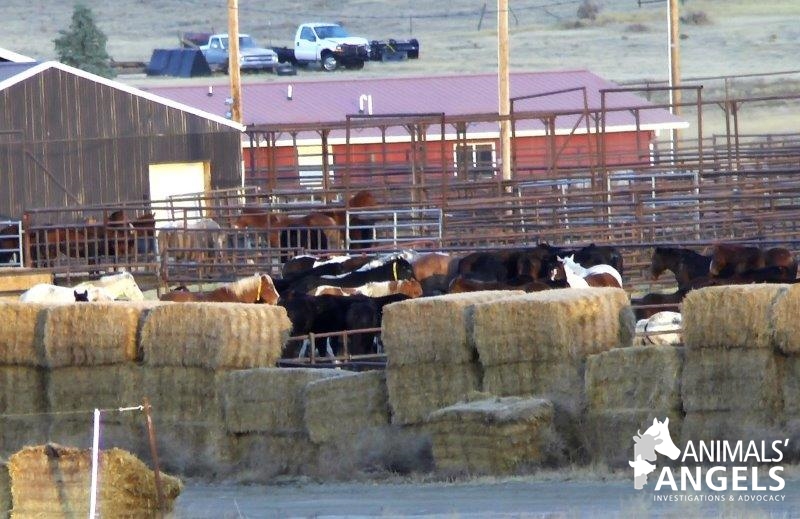 There was constant activity at the feedlot. Horses were being moved with flags into the processing building. Multiple trucks pulling single deck trailers were observed delivering or picking up horses. According to public documents, some of the horses in Shelby are now being tested for EIA and exported to Canada as feeder horses, rather than slaughter.

Overall, it appears that the Shelby feedlot is processing fewer horses and has made some superficial improvements to the facility. However, it is concerning that stallions and limping horses were found in the pen area. AA will report these findings to all appropriate authorities and continue to monitor the location.