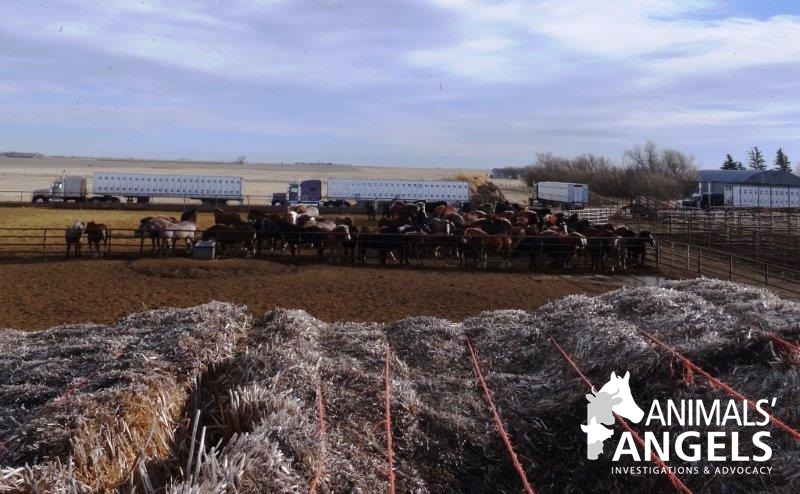 When investigators arrived at this smaller-sized feedlot on RR 264 at 8:15 a.m., it was a cold day with temperatures of 39 degrees Fahrenheit with 60 mph winds.

Investigators observed approximately 80 gelding Draft horses in a single, large pen.  All of them were between a BCS of 7 and 8. Similar to the other Bouvry locations observed, most horses were branded with large numbers and a U-shaped sign on their right hindquarters. 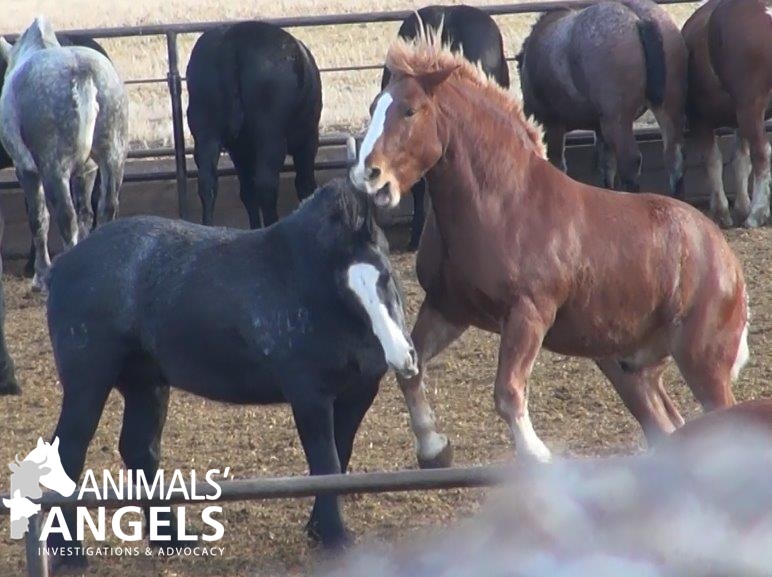 The pen had absolutely no shelter whatsoever and the horses, as well as the feed in the troughs, were exposed to the elements. A very limited quantity of straw was visible inside the pen area; however, it was by far not enough to accommodate all of the horses present.  Many of the horses were crowding to the areas around the water and feed troughs, where some biting and fighting could be observed as they struggled to access the food source.

As observed at other Bouvry feedlots, many horses had overgrown hooves, with several horses having club feet. Investigators noted a grey horse, a black horse, and a black/white horse were limping.

During this visit, investigators observed the arrival of five livestock trucks with single deck trailers, with the first truck arriving at 9:19 a.m. Some of the trucks displayed the name of the trucking company, Grover, which is a company based out of Lethbridge, Alberta. 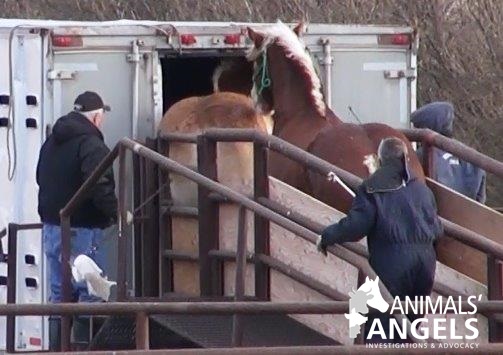 At 11:50 a.m., three workers arrived to prepare for loading. The horses became very nervous at this activity and started to run around in circles. Prior to loading, each horse had a rope halter put on and was moved into smaller pens closer to the loading area. In the process, a black horse was separated from the rest of the herd and started to panic.

The actual loading started at 1:20 p.m. One worker used a white stick with a pointed end to move the horses and was observed repeatedly poking the horses in their flanks and hindquarters, which is a clear violation of EU legislation. According to legislation, it is prohibited to “use prods or other implements with pointed ends.” 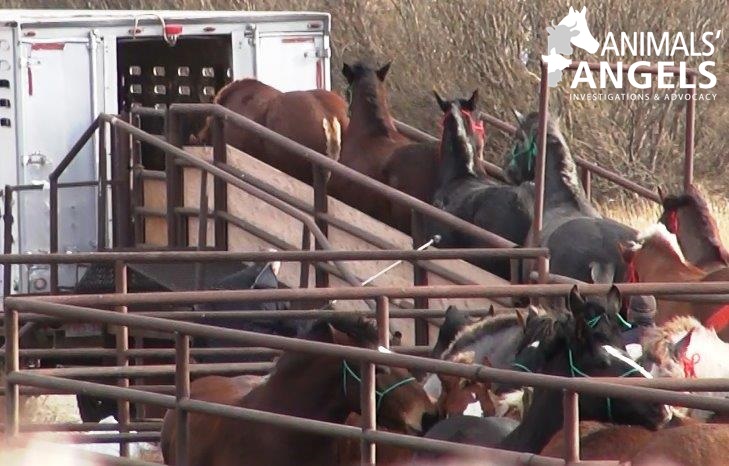 As loading continued, the horses were moved in groups of six. Each truck was loaded with eleven to eighteen horses. The loading of each truck took just five minutes. The trucks left the compound together at 1:43 p.m. 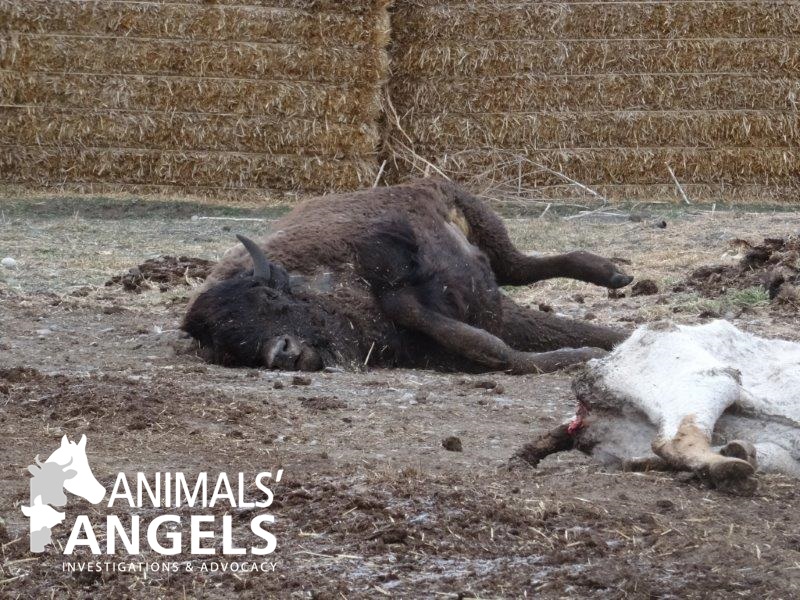 Our investigators also checked into the conditions at the Bouvry feedlot on RR 253. They immediately noticed that it was no longer used for horses. The entire pen area was occupied by bison and cattle.

Next to the pens, investigators found three dead bison and one dead cow. None of the animals showed signs of a gunshot wound on their forehead, which indicated that these animals likely died in the pens without human intervention. The animals had been left completely uncovered and scavengers had begun to eat them.

As with Bouvry’s other locations, both of these smaller feedlots remain of grave concern.  There has been no improvement regarding the condition of the pen areas or basic hoof care. Investigators will continue to monitor the premises.