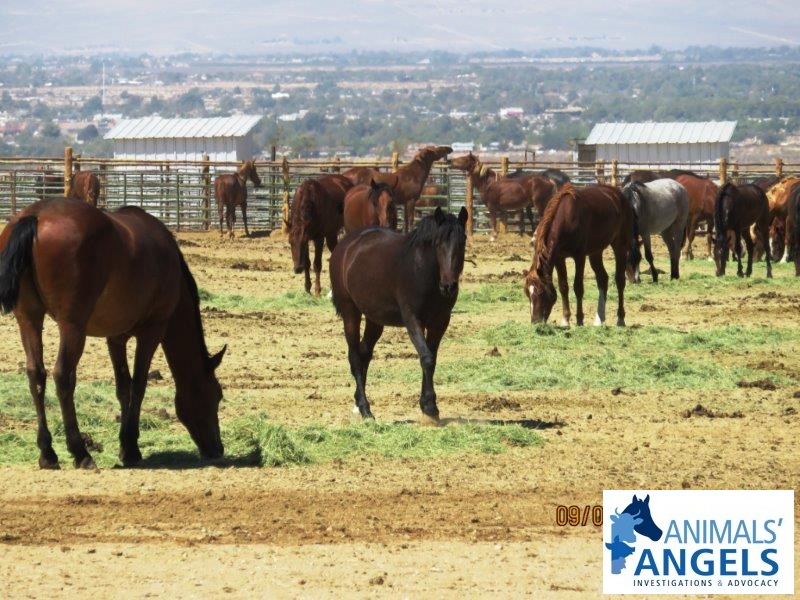 From the Bureau of Land Management’s website, the Ridgecrest facility was “Established in 1982, through cooperation with the Naval Weapons Station and Death Valley National Park…”

This BLM short term holding facility sits on 57 acres of Navy withdrawn and BLM lands in Southern California’s high desert.  On the day our investigators visited the facility, the temperature was no less than 99 degrees. 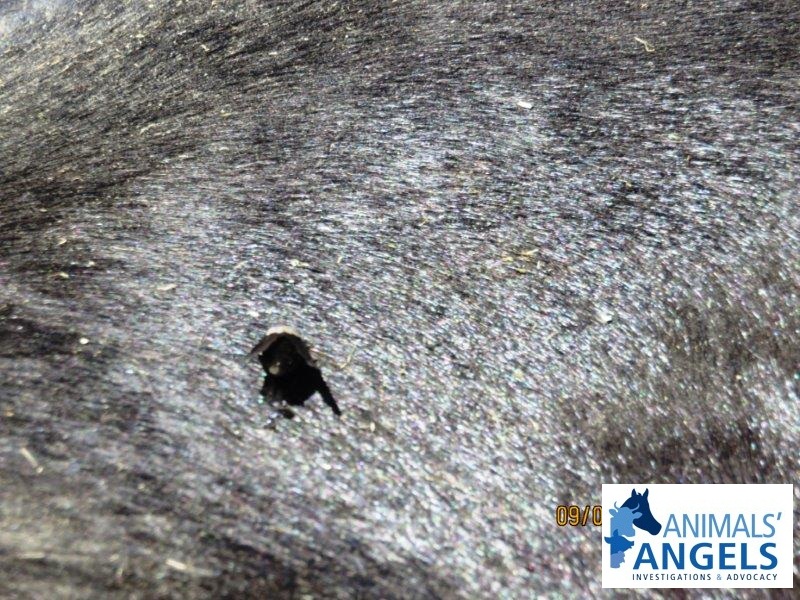 The Ridgecrest facility has an extensive pen area with approximately 500 horses separated by gender and age. Burros were housed in a separate pen.Our investigators observed five separate shelters, mainly canvas tops on tall poles. However, few pens had access to them. Small pens towards the front of the facility held individual horses. One such pen held a mare with a newborn foal.  Each pen had a concrete water trough and although they were full, the water was quite filthy with algae growing inside. One water trough was not level, causing the water to overflow and pool on the ground creating a deep rut. Several horses were observed being bitten by some sort of a black fly which caused a great deal of agitation. 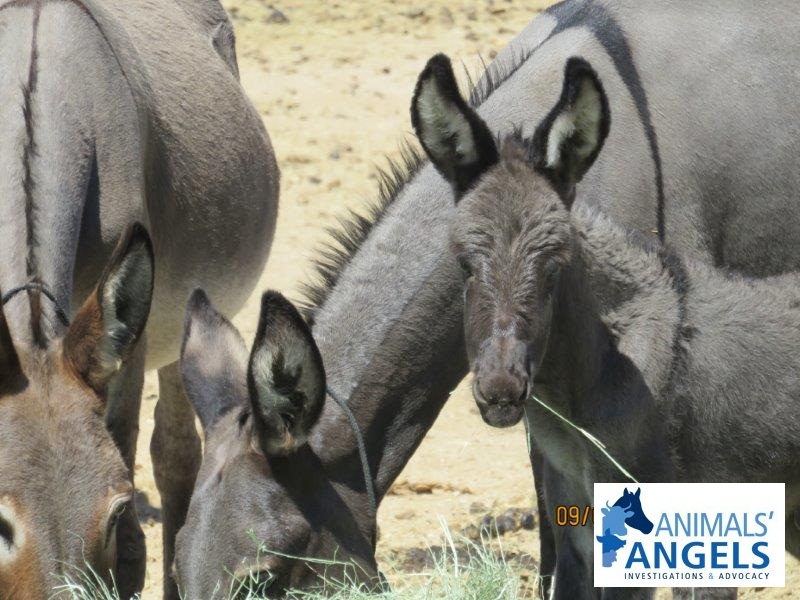 The fencing around the pens was a mixture of metal wire and wooden posts. Some of the posts separating the pens had been chewed on by the horses, likely out of boredom or frustration or both and were almost completely chewed through.  In some areas, the inside fencing was very dilapidated with wire hanging and looping loosely with sharp ends sticking out creating a serious risk of injuries for the horses.

All of the pens in general were covered in manure and were clearly not cleaned out very often. There are no feeders at Ridgecrest like at the Palomino Valley facility, instead the horses and burros eat hay from the ground, dumped right onto the manure piles. Manure is a host to parasitic worms such as round worms and tapeworms and areas where equines are feeding should be kept clean to avoid problems. 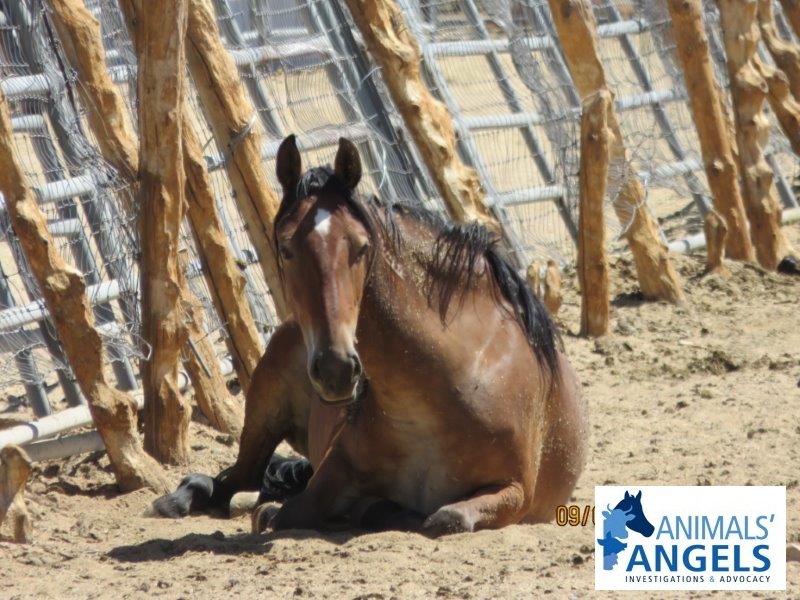 Investigators found large composting areas at the back of the premises – according to BLM CA, they are burying dead horses in designated burial sites on premises. A single deck livestock trailer was parked in one of the back pens -- dents in the sides of the trailers presumably from horses kicking the metal sides during former horse transports were still clearly visible.

Investigators noted a bay colt who was quite thin standing all by himself and not moving very much at all.  They saw a bay gelding with white socks who apparently had a twisted fetlock, however, it appeared to be an older injury or a deformity since it did not seem to bother him and he was walking and putting weight on it.  The burro pens held several mothers with their baby burros who of course were extremely cute and very shy. While observing the burro pens, investigators noticed one burro who had skin flaking off around his right eye but the reason was unknown. All other horses and burros appeared to be in decent condition.

Conclusion: We would obviously like to see more shelters readily available to all of the pens. The fencing needs to be kept in better repair and the manure cleaned out more often. Hay feeders need to be brought in to get hay off the ground. As with all BLM facilities, we would like to see BLM personnel conduct more routine checks on the horses in their care to ensure the animals’ well-being.