For Immediate Release: Consumer Deception over Origin of Horsemeat - The Tales of Swiss Retailers and Importers 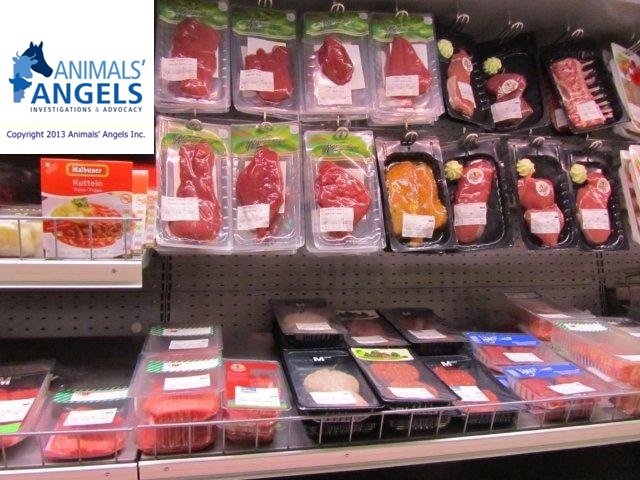 The Swiss retailers Migros, Denner and Coop and importers like Skin Packing and Jemmely claim to have full traceability of the horsemeat they sell and import.

“It’s consumer deception”, says Sonja Meadows, president of Animals’ Angels Inc. “The public demands more transparency and honesty from the parties concerned. Consumers are being lied to, even though the intolerable conditions of horsemeat production in Argentina, Mexico, Uruguay and Canada are known”, Meadows accuses retailers and importers.

On their websites and in the media, Denner, Migros, Coop and importers like GVFI, Skin Packing, Jemmely S.A. and Delicarna claim they can guarantee the traceability of their horsemeat products. Skin Packing, Migros‘s exclusive supplier, even claims that they can trace every horse back to its breeder. According to Sonja Meadows “that is an outright lie”. Over the past six months, Animals’ Angels conducted research proving the opposite. “In the US, horses are still being bought via auctions, collection points and middlemen for the Bouvry slaughter plants in Canada.  Regulations currently in place do not guarantee accurate traceability of horses”, adds Meadows. 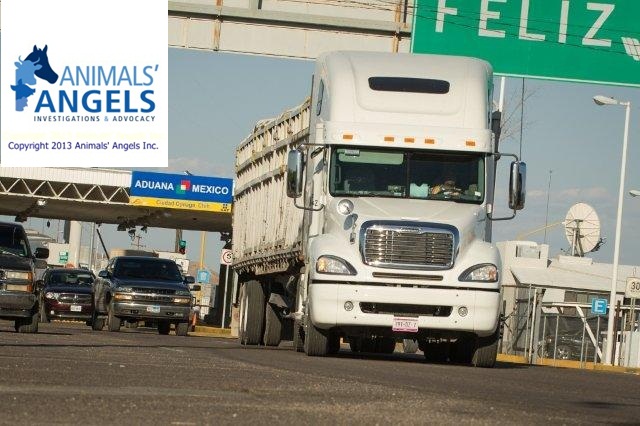 Denner claims their horsemeat comes from Ireland, the US and Uruguay and is fully traceable. “With that, Denner shows complete ignorance of the actual conditions or they consciously commit consumer fraud”, Meadows accuses the subsidiary of Migros. In Uruguay, for instance, there isn’t any legislation to protect animal welfare.  Additionally, horses are being imported from Brazil, where the origins are sketchy. The same applies in the United States.  As horses are not being slaughtered there, dealers buy them from middlemen and private individuals at auctions across the country. The horses change hands many times before arriving at Mexican or Canadian slaughter plants. Traceability generally does not exist, as information about origin and medication is provided by the last owner. Usually the last owners are kill buyers who want to turn these horses into profit as quickly as possible.

Migros’s supplier Skin Packing claimed in a recent statement that they only offer horse meat from Canada. “It’s a fact that Skin Packing obtains horsemeat from Canada, Mexico and Australia. Jemmely, founder of Skin Packing, imports horsemeat from Argentina”. The devious business relations of both parties prevent transparency for customers and make inspections difficult. An investigation conducted by Animals’ Angels in Canada in October 2013 proved intolerable conditions, sick and neglected animals left to their own devices, dead horses decomposing in pens. 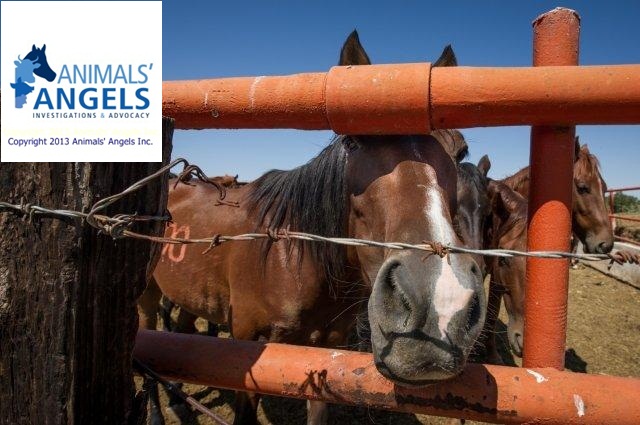 The horsemeat which Skin Packing imports from Mexico predominantly originates from American horses, bought, traded and transported under terrible conditions. „During August and October 2013 we accompanied transports to slaughter from the US to the slaughter plants in Mexico. Weak, sick and injured horses are still being transported for days. Horses down inside the trailer are trampled to death, the animals are not taken care of“, Meadows reports.

Migros obtains horsemeat from Canada via Skin Packing. According to Sonja Meadows, “the statement of their horsemeat being fully traceable is false”. Migros is currently investing in a new production line, with which they wish to address our complaints from February 2013. The earliest for Migros to put the new feedlot into operation will be mid-2014 and it remains to be seen if there is any improvement. Until then, the horsemeat they offer continues to be produced under deplorable, cruel conditions.

Furthermore, Migros and Coop (with about 6% and 18% respectively) are shareholders in GVFI, the largest Swiss importer based in Basel.  Animals’ Angels partner organization, the Tierschutzbund (TSB) Zürich recently reported GVFI on suspicion of receiving meat from stolen Argentine horses. On December 20, 2013, the District Attorney’s Office in Basel announced that they launched an official investigation based on the evidence provided. 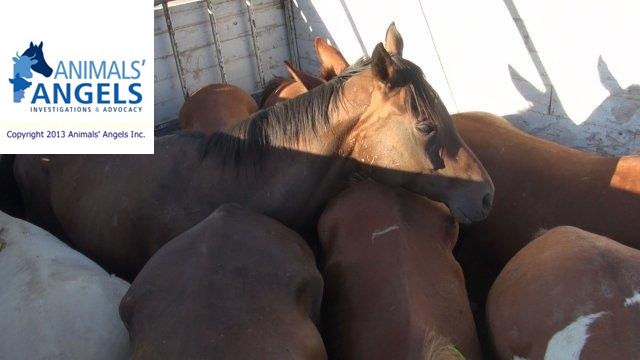 “The import of horse meat from the United States, Canada, Mexico and Argentina has decreased significantly since the start of our Swiss consumer awareness campaign back in February of 2013”, said Meadows. “However, our recent investigations show that there is still a lot that needs to be done. We will continue to increase pressure on producers and importers”.