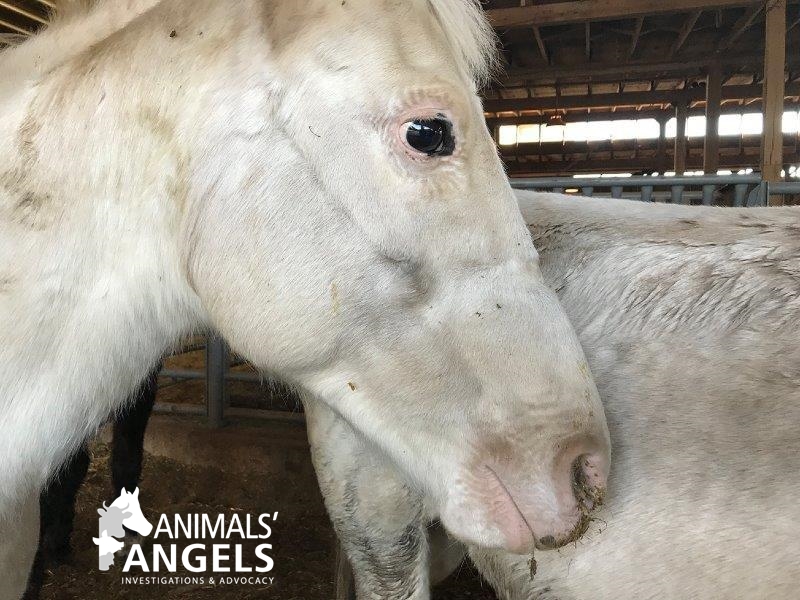 Investigators returned once again to the weekly auction held at the New Holland Sales Stables in Pennsylvania. They started their visit by checking on the conditions for the horses. It was a slow day for the horse sale, likely due to the start of hunting season, and the sale barn was half empty.

There were however, several kill buyer prospects in the outside pen area. All of the horses in the outside pens appeared to have been dumped by careless owners, as the animals had filthy coats, overgrown hooves, and marks on their faces, likely left by too-tight halters. 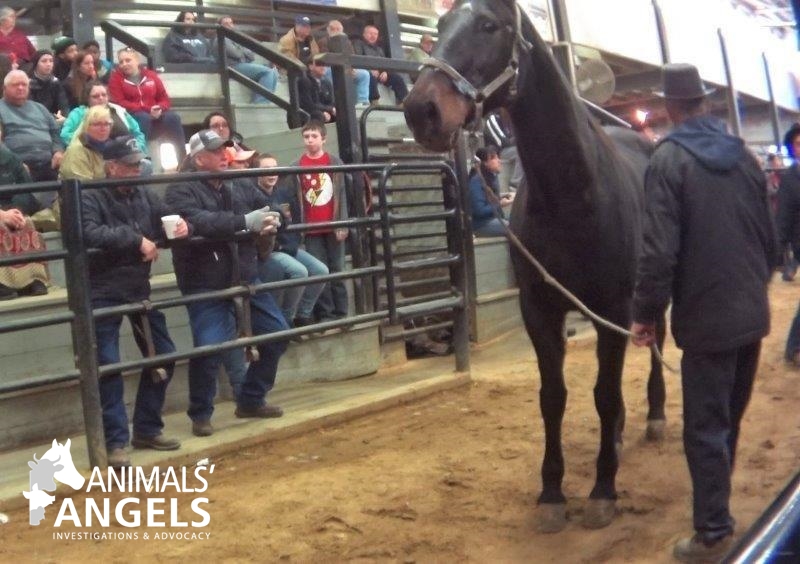 Most of the horses were quite skittish and appeared to be unaccustomed to human touch. For unknown reasons, two horses had been placed into the narrow cattle chute. One of the horses was extremely frightened, continually tossing his head frantically and showing the whites of his eyes.

Inside the barn were a few riding horses, some discarded Amish Standardbreds, and draft work horses. One draft horse was spotted with a severely enlarged right back leg. A few horses were thin and eagerly attacking the hay provided to them. 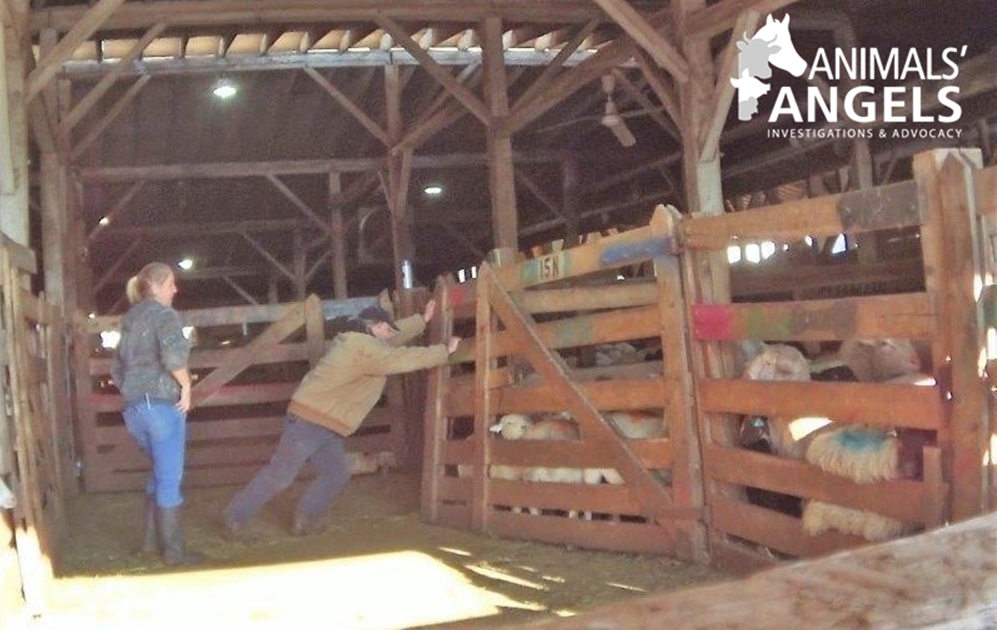 Investigators walked over to the sheep barn, where they immediately spotted several dead animals that had been left next to the loading ramps. They also witnessed extremely rough and unprofessional handling of a group of sheep. Two individuals – one male and one female – were trying to force a large group of animals into an already completely packed pen. They pushed the gate on the animals with full force and kicked several animals forcefully with their feet.

Walking along the pens, investigators, to their disbelief – given New Holland’s recent animal cruelty charge, found a dying “downer” sheep left next to other dead animals. 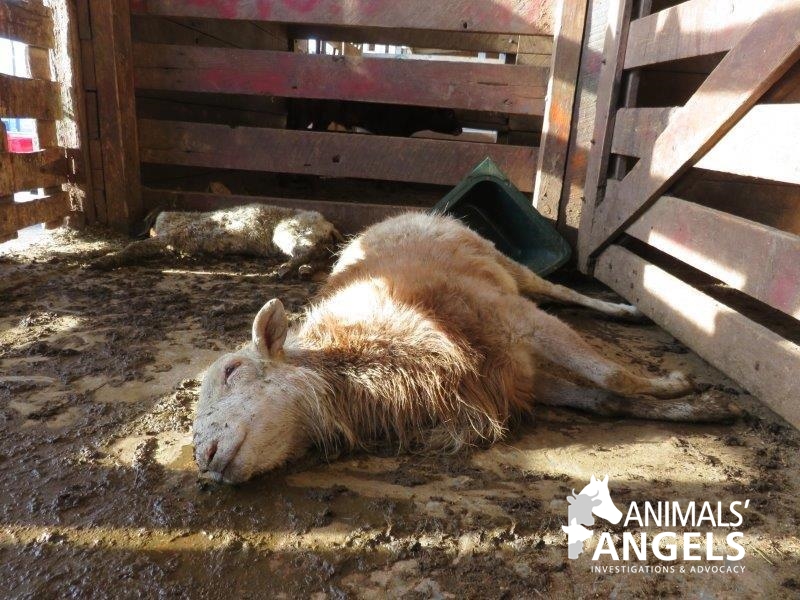 The animal was shivering, lying flat on its side and was clearly unable to rise. It was obviously very weak. While investigators documented the condition of the sheep, several auction workers moved animals around within close proximity to the pen, however, no one bothered to check on the suffering animal or take any action.It was very clear that even though workers noticed the animal, the sheep would not receive any help from anyone affiliated with the auction and would continue to suffer without AA’s intervention.

Outraged by the fact that this was the fourth incident of blatant animal cruelty that AA investigators have documented, they confronted the auction veterinarian Dr. Holt, demanding immediate euthanasia to end the poor animal’s suffering. After euthanizing the sheep, Holt stated that he would “talk” with the sheep barn manager and documented the ear tag number of the sheep. 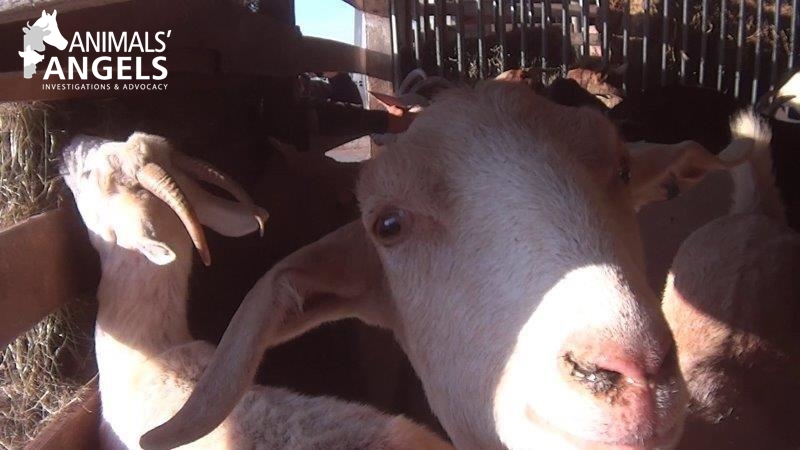 However, at this point, it is very questionable that this auction will ever improve. Despite three convictions for animal cruelty for incidents in 2007, 2015, and 2017, and AA’s numerous offers of assistance – namely, training on animal handling, auction management seems unconcerned with the ongoing issues at their sale or the inhumane handling of the animals in their care. Instead, they have thumbed their nose at the legal system and ignored offers of free training for their employees. 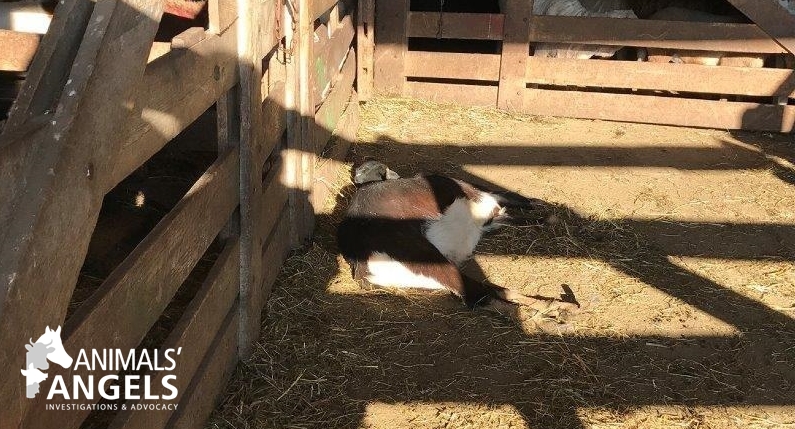 Back in the office, investigators immediately prepared all the video and photographic evidence obtained during this investigation for the Lancaster County District Attorneys Office. We were informed on 12/13/17 that an investigation has been launched.

We sincerely hope that given the long history of almost identical cases of animal cruelty documented at the New Holland Sales Stables, that this time a more severe punishment will be considered by the courts. AA will provide an update on this case as soon as it becomes available.