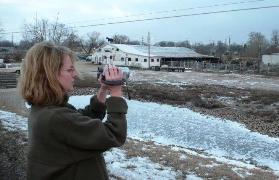 Since 2007, Sonja has traveled across the US on behalf of America’s farm animals -  visiting auctions, feedlots and slaughter plants, documenting the dreadful conditions that far too often exist.

Sonja’s videos exposing cruelty and intolerable conditions have been used by countless media, educating the public about the plight of US farm animals.  She is responsible for the first-ever cruelty conviction of the largest auction on the East Coast.  She is also behind the exposure & conviction of a large scale horse rescue that, instead of providing hundreds of horses with a safe home as promised, was shipping them to slaughter.  Sonja has testified in court against animal abusers and has lobbied local, state, and federal bodies, advocating for stronger laws and improved conditions for farm animals.

Animals have always been an important part of Sonja’s life.  As soon as she could walk, she was bringing home stray dogs and injured birds.  When it was time to think about a career, there was no obvious fit for animals but she managed to keep them a priority.  In law school, she volunteered for a local rescue while working towards her Master’s.  Then, as a young lawyer working on behalf of the automotive industry, Sonja felt something was missing.  She realized she simply wanted to do more for the animals than just after work volunteering.

In 2005, Sonja started working as an undercover investigator for an international animal welfare organization, documenting cruelty against farm animals during transport and at auction.  Subsequently, she also became a certified humane officer and covert tactics specialist.

In 2007, Sonja founded the Maryland based nonprofit organization Animals’ Angels Inc., which since then has become one of the leaders in the fight against horse slaughter & farm animal cruelty in the United States. 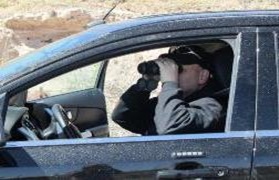 Keith has worked many years in government and non-profit sector. Additionally, Keith’s years of military service in the Pacific and Middle East specializing in military intelligence and covert surveillance has made him an invaluable resource to Animals’ Angels. His lifelong love for animals coupled with his degree in Business Administration has made him the perfect fit for our Head of Operations, overseeing all business aspects of Animals’ Angels. 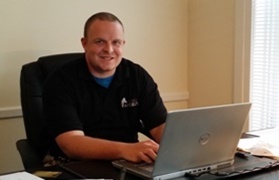 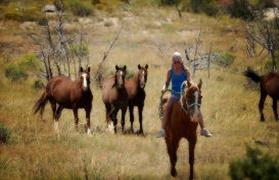 Brandi - Board of Directors 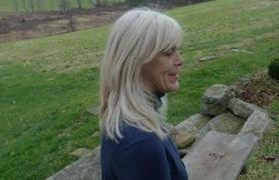 Elisabeth - Board of Directors 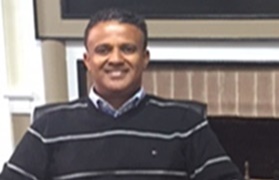